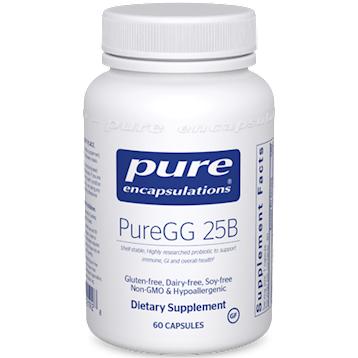 • Offers 25 billion CFU of one of the most characterized and clinically-studied probiotic strains on the market
• Human origin strain, identified for its resistance to gastric acidity, adhesion properties, and ability to support healthy gut microflora*
• Numerous clinical trials across all ages, including infants, children, older adults and pregnancy
• Shelf-stable and allergen-free
• Made with hypoallergenic, vegetarian ingredients