Stephanie Welch is a humanist and ancestral health advocate, challenging commonly held societal beliefs and taboos in an effort she calls Disruptive Anthropology. In 2013 she became a full-time urban barefooter in Boston and in 2014 she took up intactivism, combating both male and female circumcision as a matter of health and human rights. Two years later she began studying and speaking on sexual commerce as it relates to male and female interpersonal dynamics. 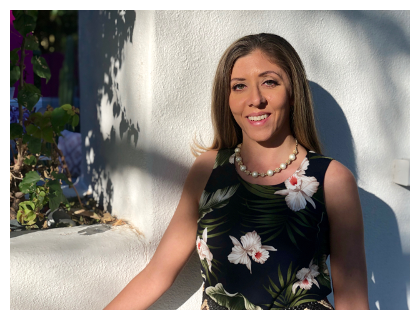 On this podcast, Stephanie and I talk about some of the stances she’s taken during her years of ancestral advocacy. We talk about the ways that wearing shoes undermines our innate biomechanical development and the social norms she challenges by going barefoot. We also discuss the physical and sexual consequences of male circumcision and the critical aspects of community and connection that have been lost to modern American culture.

Here’s the outline of this interview with Stephanie Welch:

[00:07:43] What kind of deleterious effects could happen from wearing shoes?

[00:09:45] The sense of touch that comes through the sole of the foot; mechanoreceptors.

[00:27:31] Why circumcision is not Paleo; Video: Not So Vestigial: The Anatomy and Functions of Male Foreskin by Stephanie Welch BA, MA, LMT.

[00:36:40] Greater force needed during intercourse for circumcised men; Study: O’Hara, Kristen, and Jeffrey O’Hara. "The effect of male circumcision on the sexual enjoyment of the female partner." BJU international 83.S1 (1999): 79-84. (Note: This may not be the specific study described by Stephanie in the podcast).