The monotone of an EKG machine detecting flatline. It doesn’t get any worse than that. For realtor Douglas Hilbert, the list of low points doesn’t end there. Doug filed bankruptcy at the age of 28, had his home foreclosed on, had two vehicles repossessed, lost multiple businesses, lost 130 “investment” properties and ended up in drug rehabilitation numerous times. Each day was a rollercoaster ride of caffeine and nicotine highs followed by alcohol induced lows. 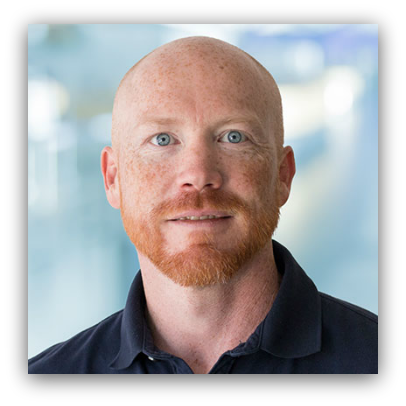 Back then, depression and anxiety were the norm. Now aged 37, Doug feels better than at any time in his life.

So what did Doug do?

Doug describes exactly what he did in his new book Letters to My Son: Choosing Yourself First, and I am honoured to get more than one mention.

It starts with food.

Doug had good results eating a low-carb paleo diet but has found a high-fat, low-carb, moderate protein ketogenic diet to be even better. If there’s one lesson to be learned, it’s just eat real food.

Our modern environments are seldom conducive to quality sleep, and Doug has been able to improve his sleep by hacking his environment. Avoiding light at night, especially from the screens of electronic devices, has helped tremendously. A dark and cool bedroom has also enabled Doug to get the sleep he so desperately needed.

It’s so easy to get caught up in the trivial and the negative. Doug has found that by focusing on the positive things, people, events or anything that are actually present in his real life taps into the positive energy in himself and gets his brain to attach to something with a lasting effect. How do you tap into the positivity? You write down a list of all the things you’re grateful for. Sometimes it's brutally difficult to come up with anything, and things such as air make the list. It’s not about getting the perfect list, it is about the practice.

Doug practices Vipassana, which is "insight" meditation. He has practiced with Buddhist monks, nuns and lay persons at temples and other centers, as well as on extended retreats. From day one Doug was taught to focus on the breath and just observe the thoughts, feelings, emotions and sensations that arise. Six years later he’s doing the same thing. There’s no goal; he just observes what goes on, and every once in awhile, he picks up something insightful into the nature of the mind and existence.

Eliminating the guesswork and getting himself tested.

Like me, when Doug started to feel so much better, he developed a burning desire to know what was going on inside his body. After all, biochemistry drives behaviour. Doug tested saliva, urine and stool and corrected the problems he found using nutritional supplements. He then went on to become a certified Functional Diagnostic Nutrition practitioner and now runs a health coaching business of his own.

Here’s the outline of this interview with Douglas Hilbert:

0:00:00    Letters to My Son: Choosing Yourself First by Douglas Hilbert

0:10:15    Doug was 50lb overweight at the start of the book, but never had much trouble shedding the extra.

0:11:52    Leanest ever through eating rather than exercise.

0:21:25    Doug is going to keep testing, and if anything changes, he'll make another decision.

0:24:37    NBT programs always include diet, rest walking and some kind of stress management.

0:30:05    Doug will express gratitude and meditate as required every day.

0:31:54    Humans invent something to worry about in the absence of something really worth worrying about.

Are you a busy realtor struggling to cope with the pressures of your work? Book a free consultation and we’ll help you figure out the way forward.