Will Catterson is a high school maths teacher and competitive swimmer, and in February 2002 he was diagnosed with type 1 diabetes.

Will is amazing in that he immediately worked out that the  American Diabetes Association nutrition guidelines are wrong. From that moment onwards, Will has been striving to continue an active life without riding blood sugar rollercoaster.

If you ever want to know about how much a particular food is likely to affect your blood sugar, just ask a type 1:

Since Will is a very competitive swimmer, I wondered if switching to a low-carb diet has affected his performance in the water:

"I haven't noticed any detraction from my performance. The glycogen seems to last longer. And a typical swim meet will have about sometimes five races in a single half-day."

Unfortunately, that's not where the story ends:

"I still had some fatigue. And it wasn't making any sense. At first, I thought it was just I was over training. I remember even taking a couple of months where I was completely off, I was resting a lot. And I was still fatigued."

"I remember climbing the stairs. I worked at a school that's two stories. And even with just 24 stairs, which should be nothing to an athlete, I remember a pretty significant burning sensation in my thighs just getting up two flights of stairs which seemed completely ridiculous. And it was really getting me frustrated. So that was one major symptom. Other symptoms were like sleep wasn't -- Sleep was okay. I just couldn't figure out why it wasn't great.

I had the diet in place. I didn't have a super stressful job. I have a good relationship. Everything was, on the outside, was great. But my sleep was just not quite there. Those were the -- Oh, I remember the third symptom was bloating only after a workout. So I'd go to the pool and usually train on an empty stomach."

Poor sleep, fatigue and bloating are the three most common complaints I hear. You're doing everything right--the Paleo diet, prioritising sleep, training appropriately, managing stress, and something is still not right. Now is the time to do some testing.

Will's results showed high cortisol, low testosterone, yeast overgrowth and an h. Pylori infection. For those of you that don't know, h. Pylori is a very famous bacteria known to cause stomach ulcers. Antibiotics can be effective, but I know that botanical herbs also work well:

"It's not completely gone but ever since I completed the protocols that you had me on with supplements and the H. pylori and the yeast, that was the first symptom to really significantly decrease, as well as the fatigue and the sleep is much better too."

But if everyone agrees that H. pylori bacteria is trouble, then why is your doctor not screening for it?

"I've got several doctors. And I asked them all. It's sad, the endocrinologist, the doctor that treats diabetes, he just kind of shrugged it off and almost gave me a no answer at all. I think he might have said something along the lines of, "We'll test your testosterone." But when the total testosterone came out normal, he just forgot about it and said, "Well, I guess, you're just tired. Or maybe, well, you exercise a lot so, therefore, of course, you're tired."

"That was totally unhelpful. My general practitioner was a little bit more interested, but he had no answers. In fact, I brought up the H. pylori with the general practitioner, and I have a copy of this email. I should send it to you. When he found out that I had H. pylori, and I asked him how to treat it, he suggested the course of antibiotics. And I asked him, "Is there any way that I could get rid of those without doing antibiotics?"

"When I asked him if this was possible to do without antibiotics he said flatly no. He emailed a GI doctor while I was in the office with him, and he replied almost immediately and he said, "There is no known alternative cure for H. pylori."

In just a few short months, Will has been able to turn everything around:

"It's just making things so much easier. It was really kind of depressing to walk up two flights of stairs and feel fatigued. It was just the sort of message on a daily basis that, Hey, something is wrong. And now that's gone. In fact, I was just thinking about it this morning as I was walking up to my classroom and thinking, Man, that's so cool. I feel a normal amount of fatigue by climbing 24 stairs. Also, I slept through the night last night, and it was -- I mean, that in of itself is pretty cool.

I woke up, and my alarm went off pretty early unfortunately because the only time I can get in a swimming workout is about 5:30 to 6:45. But the workouts, I've even moved up a lane. I'm generally in the fast lane at the pool, but there are two fast lanes and so I just recently I've bounced around a little bit and even sometimes can jump into the superfast lane. It's just really nice to be able to do the performance that you know you're capable of. Like you know that you've got this in you."

And that for me, is the essence of my motivation for testing and correcting biochemistry. You may not be the best athlete in the world, but at the end of this process you will know all the hard work is yielding your very best performance.

I would like to thank Will for recording this interview with me. Leaving my job at the hedge fund to do this work has not been easy, but this privilege makes up for it a thousand times over.

Do you know someone with type 1 diabetes still struggling with the blood sugar rollercoaster? Please, share this story. Or are you a type 1 doing everything right and still struggling? Get in touch, together we can figure it out. 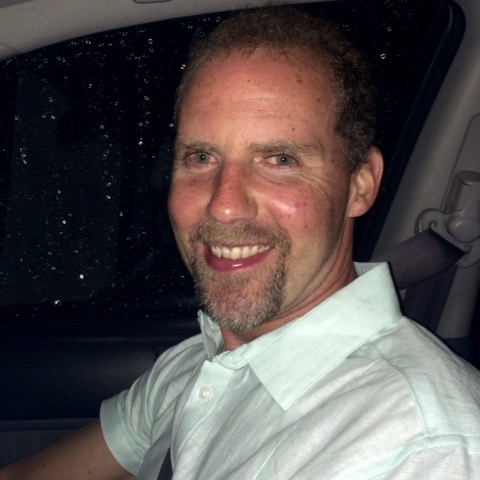