Professor Tim Noakes is a towering but controversial figure in the health and fitness world, having written more than 50 scientific books and articles covering a variety of topics that challenge the industry standards of both medicine and sports nutrition. After discovering that the current international dietary guidelines have little basis in science, Tim Noakes began his own research on the effects of dietary protein, carbohydrate and fat. His research convinced him that a high-fat, low-carb diet is the best option for many people. In today’s episode Christopher Kelly chats with Tim about the benefits of a low-carb, high-fat diet, but not before covering the issue of hydration for athletes and why more harm than good is being done by the promotion of an overhydration myth. This is an engaging, thought-provoking conversation you won’t want to miss. 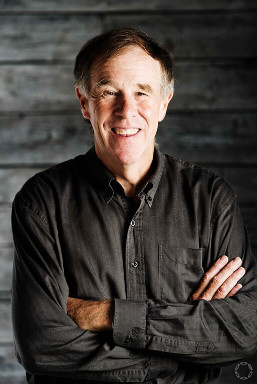 Is it true that endurance athletes need to overhydrate in preparation for competition?

In his book “Waterlogged,” Professor Tim Noakes gives a definitive, “No” answer to that question. His studies have proved again and again that the body itself is the best regulator of proper and necessary hydration and will push every person on the planet toward drinking when it is truly needed through the sensation we call “thirst.” He holds that this is equally true for endurance athletes. Professor Noakes and Christopher Kelly spend the first part of this conversation discussing the research and reasons for his contentions about hydration and discuss the terrible effects overhydration can and has produced.

Professor Tim Noakes has been a marathon and ultramarathon runner for most of his adult life so he’s long known the general correlation of good nutrition for performance. But when he returned to school to receive a medical education he bought into the standard nutritional guidelines touted by the medical community. Correspondingly, his personal dietary habits changed, and in time a decline in his personal health followed. As he began to see the reality of his own health Tim was motivated to find an answer. A book recommendation from a friend turned his thinking back to the low-carb, high-fat way of eating (banting) and his health turned dramatically toward the better in a relatively short period of time. You can hear the entire story of Professor Noakes’s discoveries and how it’s resulted in the creation of his program “The Real Meal Revolution” in this episode.

A real answer for type 2 diabetes.

Professor Tim Noakes is one of many who is living proof that type 2 diabetes can be reversed. After experiencing his own health struggles caused by adherence to the dietary guidelines promoted by the medical community, he became diabetic himself. His path to healing came from rejecting the status quo dietary recommendations and adopting what his research was showing to be much better… a low-carb, high-fat diet. You can hear his story of how that change came about, the dramatic impact it has had on his life, and testimonies of the many people who have followed his dietary recommendations and seen their type 2 diabetes reversed. It’s an illuminating conversation on this episode of the podcast.

After being left frustrated by a decline in his personal health, Professor Tim Noakes has made it his mission to reverse the global trends of diabetes and obesity. The Noakes Foundation is the organization he’s formed to conduct research and disseminate its findings in order to be a catalyst for that change. The foundation’s purpose is to reveal what genuine healthy nutrition looks like and, in doing so, make a difference in the lives of millions of people. Tim Noakes’s work is poised to shake the health/nutrition world, and hopefully, the entire world beyond that. In this episode, Professor Noakes will speak about his findings, why obesity is an unnatural state for the human body, and how his research and experience has led him to a dietary solution for type 2 diabetes. Be sure to listen.

Here’s the outline of this interview:

RESOURCES MENTIONED IN THIS EPISODE

Challenging Beliefs, Memoir of a Career by Tim Noakes

The New Atkins For The New You, by Professor Westman, Professor Phinney, and Professor Volek

PEOPLE MENTIONED IN THIS EPISODE