Scottish doctor, writer, speaker, and outspoken cholesterol sceptic Malcolm Kendrick is back on the podcast this week. He continues to challenge the widespread use of statin medications, despite being targeted personally and professionally by those opposing his message. Since we last talked he has authored a new book, A Statin Nation: Damaging Millions in a Brave New Post-health World, elucidating his position against mainstream medicine’s rampant cholesterol-lowering tactics. 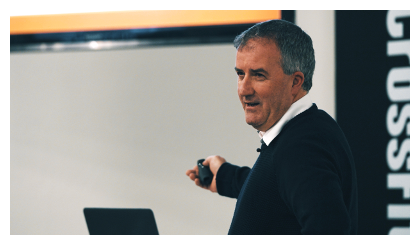 On this podcast, Dr. Kendrick describes in detail exactly what he believes drives the process of cardiovascular disease, informed from 35 years of research on the subject.  He explains specifically why cholesterol has been misunderstood, and how medicine got it wrong. We discuss corruption in medical research and the money supporting the status quo, and Dr. Kendrick shares some of the best ways to avoid heart disease (which have little to do with diet!).

Here’s the outline of this interview with Malcolm Kendrick:

[00:00:07] Our first podcast with Malcolm Kendrick: Why Cholesterol Levels Have No Effect on Cardiovascular Disease (And Things to Think about Instead).

[00:03:40] History behind his journey and questioning authority.

[00:09:06] Rudolf Virchow, researcher who pointed to cholesterol in artery walls.

[00:15:16] International Network of Cholesterol Skeptics (THINCS). Study: Ravnskov, Uffe, et al. "Lack of an association or an inverse association between low-density-lipoprotein cholesterol and mortality in the elderly: a systematic review." BMJ open 6.6 (2016): e010401.

[00:44:26] Biomechanical stress (blood pressure) - atherosclerosis in arteries but not in veins.

[00:57:55] Red blood cells are what brings cholesterol into blood clots.

[01:08:15] Cholesterol-lowering pharmaceuticals; Repatha. In the clinical trial, the total number of cardiovascular deaths was greater in the Repatha group than the placebo group. Study: Sabatine, Marc S., et al. "Evolocumab and clinical outcomes in patients with cardiovascular disease." New England Journal of Medicine 376.18 (2017): 1713-1722.

[01:41:11] The problem with reproducibility; a database of clinical trials that cannot be challenged or reproduced.

[01:46:01] Benefits that are major are obvious; no randomized clinical trial necessary.

[01:51:59] Analysis of women who died in various ways, examining breast tissue; found that a high % of women had what you could diagnose as breast cancer. Study: Bhathal, P. S., et al. "Frequency of benign and malignant breast lesions in 207 consecutive autopsies in Australian women." British journal of cancer 51.2 (1985): 271.