Why would you want to become fat adapted as an athlete? Because fat is a superior source of energy for aerobic exercise. It’s been said that “the less glucose you burn in a lifetime the better,” and I couldn’t agree more. To better understand the advantages, take an hour to watch Peter Attia’s fantastic presentation, which explains everything from first principles.

This guide describes the steps that I took to become fat adapted and later ketogenic. I’ve seen the same process work well for others, including another mountain biker frequently winning at the highest level of amatuer competition. The end of season rest period is a particularly good time to give this a try because your results in competition will be unaffected.

As we learned from Attia’s presentation, insulin controls adiposity, and high insulin will block fat burning. Therefore, if you are accustomed to eating a high carb diet, the first step is to remove the blocking factors. Set aside a 30-day period in your calendar that doesn’t include  parties or other events where you know it would be hard to avoid sugar.

For that period, follow a strict Paleo reset diet, like the the one described in Chris Kresser’s new book or the Whole30 program.

This step resolves a myriad of common health complaints, in addition to optimal body composition and fat adaptation. Buy a blood glucose meter from Amazon. Usually the starter kit comes with 10 strips, but you might want to buy some extras. They’re really cheap. Next, check your fasted morning level, that should optimally be 85 mg/dL or less. You can also check right before eating and then 30 and 60 minutes after. These times are of particular interest, but in general you’re looking to maintain stability in the 80 - 90 range. Does it matter that it’s 92 every time you take a reading? No, absolutely not. These meters are not calibrated for that type of accuracy. What you’re trying to achieve is overall stability. If you are consistently seeing spikes up and over 100, then you are eating too much carbohydrate in one sitting. You may still be able to eat that many carbs, just not all at once. Reduce the number of carbs and add more fat, like an extra avocado, or gobs of coconut oil, grass fed butter, tallow, bacon grease, MCT oil. 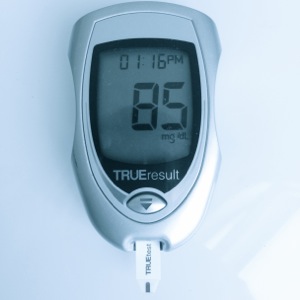 15 minutes before activity, and one packet every 45 minutes thereafter. That’s what it says on the back of a packet of gel, and that’s why people do it. This is the worst possible strategy! Spiking insulin 15 minutes before activity will shut down fat burning and lead to glucose dependency for the duration of the exercise. If you must use sugar, wait until you have your sweat on.

Sugar is easy to market because our brains are hardwired to appreciate it and seek out more. Don’t be fooled by the bells and whistles, as it’s just sugar! What do I mean by this? Sugar takes on many forms, e.g. maltodextrin, sucrose, D-glucose. Google the ingredients and see for yourself. Usually what you’re buying is available for free at your local Starbucks. It’s right there alongside the creamer and napkins.

Going cold turkey on sugar can really take the fun out of the activity. At my worst, I’d consume one gel 15 minutes before and one every 40 minutes thereafter, and that’s on top of the 200 calories of maltodextrin that would be mixed up in my two bottles. If I missed even one of those gels, I felt weak and nauseous. It was horrible.

UCAN Superstarch changed everything. Full disclaimer, I sell Superstarch. But, I do so because it’s the only product of its kind I know. Heck, I could sell whatever I want, and I only choose this because it works. It’s chalky. It tastes like crap. The plain variety (which I use) doesn’t form a solution and requires vigorous shaking before consumption, but I don’t care because it helps keep insulin low. Like me, you’ll probably need lots at first, perhaps one scoop 30 minutes before and then one for each additional 90 minutes thereafter. But soon the magic will start. Fatty acids will be liberated and burnt. You will be off the sugar roller coaster, and sticky wrappers will be a thing of the past. You can find out more in the interview I recorded with Seth Bronheim, UCAN’s director of nutrition. 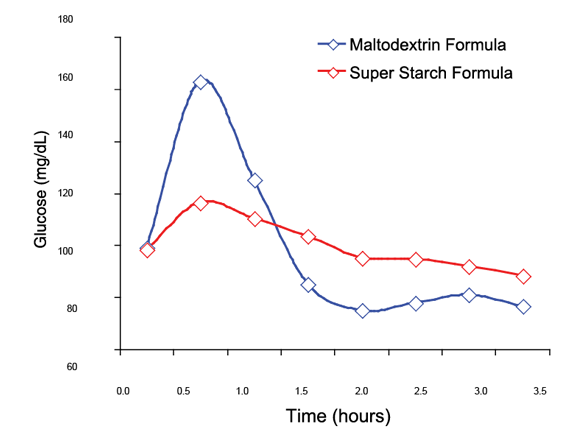 Like me, you’re probably a creature of habit, and once the Superstarch starts working, you will not want to change anything. I think you can and should. Now that you’re becoming fat adapted, you don’t need the extra carbohydrate to fuel activity. Why? Everything you need is already onboard in the form of stored fat. Titrate down slowly, and eventually you will be able to do 2, 3, 4, 5 and even 6 hours of endurance-paced activity on plain water alone. At this point, you know you are fat burning. After all, where else could the energy be coming from? It’s just not possible to store six-hours-worth-of-energy as glycogen.

When exercising in this glycogen-depleted state, there’s a chance your body might panic and start catabolizing lean muscle tissue for glucose production. Low levels of circulating amino acids and fatigue are now thought to be closely related. For these reasons, consider taking some amino acids during your workouts. I personally use (and sell) a product called Master Amino Acid Pattern, which prevents fatigue during endurance exercise and delayed onset soreness after endurance exercise. You will need to do your own experimentation to find the minimum effective dose, which for me is 2 tablets for each hour of activity.

At this point you are just shy from ketosis if not in cyclic ketosis already. Most of the advantages of fat adaptation come before ketosis, but it still might be worth your taking the experiment further into the extremes of high fat, low carb. Do not assume anything. You’ll need to measure ketones either in blood or breath in order to be sure. Buy yourself a copy of Jimmy Moore’s new book Keto Clarity, and also The Art and Science of Low Carbohydrate Performance by Stephen Phinney and Jeff Volek. 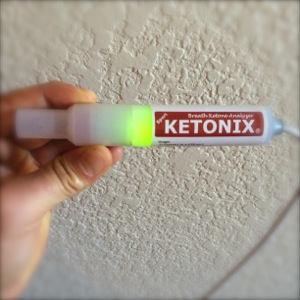 If you’ve followed these steps, and it still isn’t happening for you, then there might be something else holding you back. A month of nutrition coaching is probably all you need to set you up for life. It’s also possible that a micronutrient deficiency is a blocking factor, as was the case for me. Organic acids testing is reasonably inexpensive and an excellent gateway test for assessing your physiology and showing the way forward.

Good luck! Let me know how it goes by shooting me an email to chris@nourishbalancthrive.com.