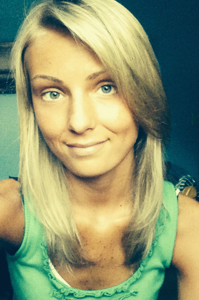 Gabriella Schneider is the teen blogger behind Beyond the Bite, where she documents her fight against Chronic Lyme Disease. Gabriella is an incredible cook who uses a Paleo-ketogenic diet as a powerful part of her treatment. Today, Gabriella joins us to take an indepth look at the other part of her treatment, the PK Protocol.

You can also listen to our interview with Gabriella on the Paleo Baby Podcast here.

The PK Protocol is a three-part treatment that I began at the end of the summer to treat the effects of my late stage, neurological Chronic

Lyme Disease.  Essentially, the protocol helps the body detox at a cellular level. Not everyone can fully grasp what I mean by this, so I have decided to write a more extensive article to explain all that goes into this protocol.

What is the PK Protocol?

There are three parts to the PK Protocol: IV infusions, an organic-based Paleo/ketogenic diet, and an oral supplementation program.

Step 1: First, you take an extensive blood panel test and send it back to the BodyBio lab, a company owned by Dr. Patricia Kane and her husband. After your lab work is reviewed, your doctor will consult with Dr. Kane on the results, creating a customized treatment plan. The blood test helps identify cardiac risk, cellular distortion, electrolyte stability, GI and hepatic (liver) function, hematology, immune status, lipid metabolism (compounds insoluble in water), muscular involvement, nitrogen retention, psychological and physiological stability, pulmonary (lung) and renal (kidney) function and the status of toxicity in your body.

Step 2: Next, you start your IV infusions. These mainly consist of phosphatidylcholine, with syringe pushes of leucovorin, glutathione and a shot of vitamin B12. It can be administered as much as you can handle, and is slowly reduced as your cells heal.

Step 3: Once your blood chemistry results are reviewed, you will receive a fatty acid analysis and report, IV and nutrient protocol, and a supplement plan. These are prescribed to correct the deficiencies indicated in the blood work.

In a nutshell,  the concept behind the PK Protocol is quite simple. By testing for differing imbalances (such as chemicals, pesticides, microbials, and metals) in your blood and devising a procedure to eliminate present neurotoxins, the integrity of each and every cell inside your body is regained, allowing them to function properly and thus fend off any future damage.

Is there any science behind the PK Protocol?

Every cell inside our body is made up of three different kinds of lipids: phospholipids, glycolipids, and cholesterol. The function of these internal structures is vital to obtain longevity and health. However, when exposed to toxins, infection and trauma, your DNA, cell membranes and mitochondria can become incredibly dysfunctional. This allows toxins to be absorbed and fatty lipid rafts to accumulate, resulting in deranged cells that are unable to restore themselves. This dilemma is also known as neurotoxicity and fat imbalance in cell membranes, one of the causative factors for many neurodegenerative diseases. Therefore, with oral and IV lipids administered through the PK Protocol, cell membranes can eliminate their stored toxins and thus regain stabilization of membrane function.

Phosphatidylcholine, or, PC, is what makes up the majority of patients’ IV infusion in the PK Protocol. It’s a compound naturally made through the bodies methylation process (gene expression). Out of the four phospholipids (“phosphatidyl” choline, ethanolamine, serine, & inositol) that make up each cellular structure in the body, PC is half of the total concentration. Therefore, it poses as the most important component of cell’s overall membrane and function. Though the membrane does stand as a coating and protective barrier for the organelles (working structures inside a living cell), its greatest job is to give life to the body itself. Unlike other parts of living cells, such as the DNA or nucleus, the membrane cannot be removed without the cell losing complete function, which results in a dysfunctional and unhealthy body. The basic structure of a cell’s membrane is the same for all 100 trillion cells that comprise the human body.  This includes everything, even the highly complex brain, which is made up of 60% fat, and uses neurons to send and receive messages throughout the body.

Another example, the liver, has more than four football fields of membrane volume, which proves that this aspect of the cell is vital to health and wellness. Another truly crazy attribute of a cell’s membrane (phospholipid structure) is that it is able to arrange itself into two parallel layers (the phospholipid bilayer) because it has two chemically opposing ends. One side is composed of two hydrophobic lipid tails (oils that hate water), while the other has two hydrophilic lipid heads (oils which love water). Together, they allow the phospholipids to balance each other out and automatically form a protective membrane for the cell. Therefore, a lack of PC in the body, whether due to compromised methylation, toxin exposure or a resulting chronic illness, is a critical component to address for further healing of an individual.

Why does lecithin matter?

Lecithin, the residue created through soybean production, is commonly used in the majority of processed food and cosmetic products, yet it’s also a dense form of phosphatidylcholine (PC). Because of this, the term "lecithin" and "PC" in supplements is used interchangeably, but, these oil-based lecithin products are anything but helpful to the body.

Through the BodyBio lab, Dr. Patricia Kane duplicated the German development of a water-based product (IV BodyBio PC) by discarding the unnecessary oil component.  When infused into the body’s watery environment, this IV fluid encourages the formation of nutrient (or drug) transportation vehicles known as liposomes. These vehicles form is almost identical to the cell and allow the administered nutrient and/or pharmaceutical drug to be efficiently absorbed in cells.

Note: This should not be confused with lecithin in the form of triple lecithin, which is the "soy lecithin" added to majority of processed drugs, foods, supplements, and cosmetics.

What’s the Significance of PC?

PC, also known as "Essential Phospholipids", has been used in Europe since the 90's as a cost-effective, membrane therapeutic alternative to Western Medicine's drug therapy. Still, the U.S. does not yet fully accept and approve this treatment.

By breathing life back into each and every cell in your body, PC is able to restore the function of cells by preventing complete death and replacing the critical components of each membrane. IV PC is essential to get optimal results, along with pure, oral supplementation. By "pure" I mean the special, water-based BodyBio PC made specifically to avoid lipase digestion and to remove the threat of critical fatty acid chains and head groups from being removed. This mitigates any potentially high risk for further health issues in the individual.

Another reason that IV administration is needed for best results, is that getting the high amount of PC needed to effectively treat and heal oneself is practically and physically impossible. Though most healthy and young individuals can get enough through daily intake of foods, such as eggs, a person suffering from a chronic illness will need IV PC to ensure foolproof absorption and optimal results.

What are some additional supplements?

Though there are other oral supplements and IV pushes that are taken in the PK Protocol, the foundation of the treatment is based on the phosphatidylcholine compound.  Others that are administered and/or orally taken in smaller doses include inositol, B12, leucovorin, glutathione, ox bile, evening primrose oil, trace minerals  and many others, all of which support the PC's job of healing the body at a cellular level. Dr. Patricia Kane also sells a "BodyBio" oil, rich in the omega 6:3 ratio that studies have proven to be the most effective in preventing and treating illness (1).

In short, an IV glutathione push is given in every infusion because it’s our cells primary detox mechanism. Ox bile is taken to help digest the extra fat in one's diet, while inositol is another orally taken phospholipid (like PC) that is hard for our bodies to manufacture. What a patient ends up taking is dependent on their blood work, which is what I love most about the PK Protocol. Instead of being a standard treatment plan for everyone, it is customized to what the body says it needs, making it the ultimate "patient-centered" approach to medicine. Not only that, but PC is not a drug, nor is it foreign to our bodies. When given the right help, our bodies do have the ability to heal and restore themselves, without the use of harmful, synthetic material.

All in all, I can tell that the PK Protocol is slowly (but surely) doing its job.  After years of taking supplements and either having them come out of me whole, or having zero effect on how I felt, the PK Protocol is definitely cleansing and healing my cells. How one reacts is dependent on their condition and length of illness, making the results and "side effects" different for everyone. I personally feel worse when getting the infusions, but once my body lets up and decides to release the toxins, it functions better than any previous other treatment I’ve tried. There are many testimonials about those who have had beneficial results with this protocol, along with others who claim it is faulty. I stand behind the PK Protocol 100% and encourage others to look into the treatment, especially if they are suffering from a neurological disorder. Though I already followed a Paleo diet before beginning this treatment, following a ketogenic diet is important to get the best results. By reducing carbohydrates and upping my fat intake, my cells are able to heal and strengthen themselves. Much like the other aspects of a personalized treatment plan, the amount of carbohydrates allowed is dependent on blood markers. Because the infusions can be administered by a nurse at home or a doctor's office, I found that getting a medical port implanted has been extremely helpful in making the IV's run smoothly and stress-free.

For more information on the PK Protocol, doctors who administer the treatment, and any questions regarding my own experience, feel free to contact me through email or on my social channels! I love helping others on their health journey, and the PK Protocol is one of the major factors in my body’s complete recovery.

Thank you for taking the time to read this, and don't forget to go feed those cells some FAT! Because, as Dr. Patricia Kane says,

The most important nutrient for the brain is fat, and not just because the brain is made of fat but because of what the fat does.