Summer Innanen: A Story of Triumph over a Negative Body Image 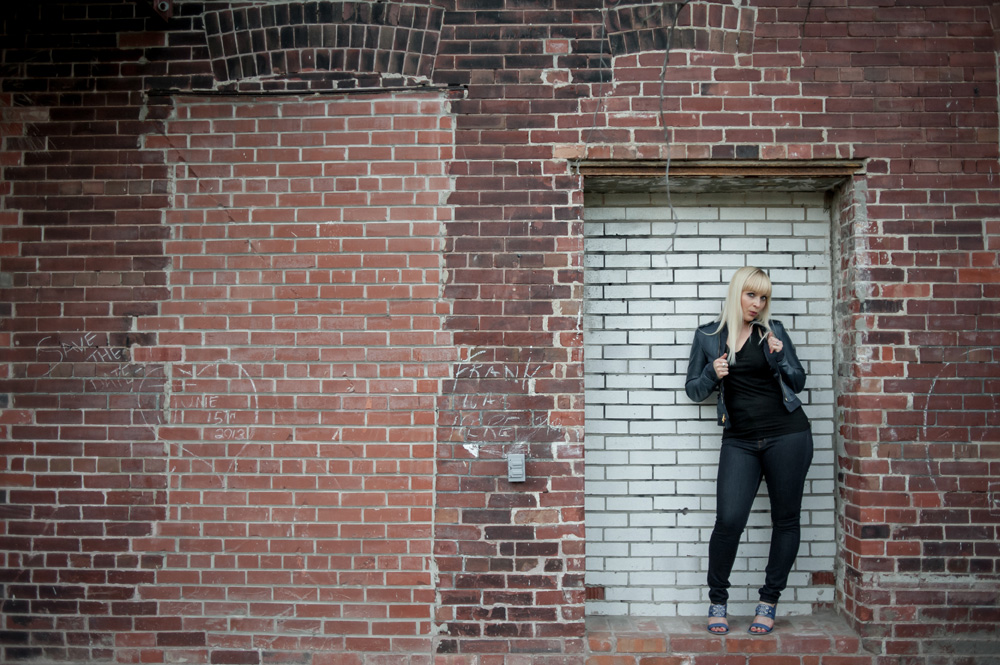 Dear women: How would you feel if someone said the following words to you?

“No guy is every going to love you because of how gross your body is.”

Statements like that would be incredibly offensive coming from another person, wouldn’t they?

The truth is that for most women, those kinds of words are being said to them every day, but not by the people around them. They come from inside their own heads. They are statements they say about themselves to themselves, over and over and over.

A recent survey of 300 women done by Glamour Magazine revealed that the average woman has 13 negative thoughts about her body each day. For many of those surveyed the numbers ranged much higher, entertaining as many as 35, 50, or even 100 condemning thoughts about their own body daily.

For some reason the harsh, painful thoughts don’t strike us the same when they come from inside our own heads, but the damage they do is worse. They launch us into a downward spiral that often condemns us to a lifetime of struggle with our self-worth, value, and importance - and can sometimes create obsessive behaviors that dominate our lives and wreck our health.

Here’s one of those stories...

Some of her earliest memories are of the relentless mocking and teasing she received from peers because of her body shape. She was always last in gym class, seldom chosen for sports teams, and never feeling confident about herself as a result.

“I never really felt confident or secure in myself. I remember from a very early age just thinking there was something wrong with my body, just feeling fat... and there’s nothing wrong with fat, but it was the correlation and association that I had with fat… that I felt unlovable, I felt unhappy, I didn’t feel worthy.”

As early as 14 years of age Summer began looking for ways to fix what she saw as her problem; her body.

She was driven to pursue dieting and exercise. But it became its own vicious cycle. She would lose a bit of weight and gain attention, which fed the validation she was looking for. But it never lasted for long. By her own admission, she was exercise and weight obsessed by the time she was 20 years old and didn’t see anything wrong with it.

CrossFit, Paleo, and the beginning of Summer’s serious problems.

About the time CrossFit came out, Summer jumped on board. Soon after, she took her first steps into the Paleo diet because she wanted to lose weight before her wedding. She had high hopes that both would help her finally get her body image issues under control. But she was wrong.

The first things she experienced were encouraging. Her new way of life seemed to effectively address some of her existing health concerns:

All of that was great, but it spiraled her into an unhealthy obsession with diet and exercise. Summer got to a point where she was eating 1100 calories a day, very low carb Paleo diet, and exercising 7 days a week. Everything she did and ate was logged on a spreadsheet. It took her at least 30 minutes a day.

Even at the lowest weight and thinnest appearance she achieved, Summer still heard her own inner demons...

She began intermittent fasting. She began buying supplements to help her even more. And she still wasn’t happy.

It’s not that either CrossFit or Paleo was “bad,” it was the way she applied them to her life that was unhealthy.

It was her negative beliefs about her body that drove her to such extremes.

Opening her eyes to the truth and moving toward change.

The event that shook Summer back into reality so that she could see the extremes she’d resorted to was a visit to a naturopath about the fact that she’d been missing her period. The naturopath ran a 4 point cortisol test and did hormone assessments. The results were shocking.

Summer had the estrogen level of a postmenopausal woman. Her cortisol levels indicated she was in the later stages of adrenal fatigue. The naturopath gave her the news she didn’t want to hear.

“You have to stop working out right away. And you’ve got to start eating more.”

Summer cried when she heard the naturopath’s words, not because she was wrecking her health but because she had to stop exercising. When she realized how upside down her reaction was, it was the beginning of the first step toward change.

Nothing transformed overnight but what Summer began to discover was that her mindset was the issue. She had unhealthy beliefs about her body that impacted not only how she thought about herself as a person, but drove her actions to the level of obsession. In Summer’s words, she had to do her own “inner work.” She had to learn to overcome the overwhelming fear of gaining weight because she HAD to gain weight in order to live.

“I don’t really think about food.”

While taking a huge hiatus from exercise and extreme eating practices, Summer started working on her unhealthy beliefs about her body and how it reflects on her self worth. It was a long journey, but she’s finally in a place where she feels good about her body.

“I don’t really think about food,” she says. She eats what she wants without giving it power over her beliefs about herself.

But when it came to controlling her obsession with exercise, the challenge was stronger. After her break from workouts, Summer had to ease back into them. She had to learn how to go into the gym and leave her ego at the door. It wasn’t about how much she could lift or about how hard she could workout, it was about being a healthy person inside and out.

Once she was able to regain the “mental space” that her obsession with dieting and exercise once consumed, she was able to look outside herself to enjoy life and relationships more and actually be of help to others.

The struggle Summer went through to overcome her own obsession has motivated her to become a certified nutritional practitioner and body image coach. She is passionate about helping women cultivate a good relationship with food, through self acceptance and self love. She wants to help women end their dieting and exercise obsession.

Summer helps women who are successful in every other area of their life but can’t seem to get the food and weight under control. When those women are ready to abandon the idea that their life will become better once they lose “X” number of pounds, Summer is there to help.

You can find out more about Summer and the coaching and programs she offers by exploring her website. There you can find free resources, a podcast, blog, success stories, courses, one on one and group coaching, and more.

The body image struggle can be overcome.

Summer Innanen is living proof of that fact.

If you are stuck in the no-win body image trap, don’t stay there a second longer than you have to. Reach out to Summer or check out her website to take the first step to getting the help you need