How Do Coffee Enemas Increase Glutathione? 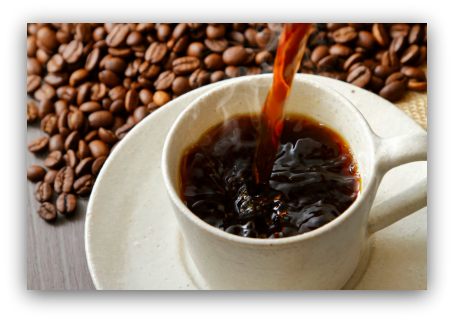 Before we've even had a chance to truly toxify our bodies over the Christmas holidays, the detox questions have started rolling in. One detox method that has gained some recent high-profile publicity is the coffee enema. In particular, coffee enemas are said to stimulate bile production and increase glutathione. This is very interesting, because glutathione is often considered to be the master antioxidant that controls multiple phases of detoxification and many aspects of cellular function.

So, assuming you cool your coffee first to avoid rectal burns,1 is there any evidence that coffee enemas aid detoxification and increase glutathione production?

This article has generated quite a lot of discussion! However, while some people enjoyed the fact that it was brief and to-the-point, others felt that the lack of detail didn’t substantiate the light-hearted tone. Despite the brevity, the article was not written without detailed research.

Many patients and practitioners say they have gained benefit from using coffee enemas. Importantly, the article does not say that coffee enemas will not provide any benefit. In fact, it would probably be impossible to state that. I have prescribed many enemas in the hospital, and they do have their benefits. The question posed in the article is whether there is any scientific evidence that coffee enemas stimulate the movement of bile or production of glutathione. The short answer is that I have been unable to find any.

As an example of the information that is written about coffee enemas in the popular health media, read this article. I do not intend to single out the author (Dr. Axe), but I did listen to a recent high-profile podcast that essentially recited this article verbatim. That was the stimulus for my own article.

Dr. Axe’s article does include references that support the benefit of coffee consumption, of which I am in complete agreement with4. With regard to the glutathione-related benefits of coffee enemas, only one reference is provided, which involved giving green coffee beans (orally) to mice5.

There are actually multiple studies discussing the mechanistic benefits of coffee on various aspects of health, including glutathione production. However, unless I am mistaken, they are all based around coffee taken orally6,7. Importantly, oral administration of coffee leads to a different absorption profile compared to rectal administration8. This suggests that you cannot use studies of oral coffee intake to predict the effect of a coffee enema.

In the one study examining the effect of coffee enemas on glutathione in humans, no effect was seen9.

It is very true that an absence of evidence is not an evidence of absence. If people feel they are benefitting from the use of coffee enemas, I have absolutely no issue with that. But when our clients are asking about the evidence supporting the benefit of coffee enemas, I must honestly say that I can’t find any. I would guess that hundreds or perhaps thousands of practitioners worldwide are using coffee enemas regularly, but none of them seem to have published their positive results. It would be simple to run studies looking at the benefits of coffee enemas. I have some experience designing, running, and publishing studies in both humans and animals, and if anybody wants to run a coffee enema study, I would be happy to help in any way I can.

At NBT we try to do the best with the information available, and the original article summarises our findings on the use of coffee enemas. If the evidence changes, we will gladly change our position!

P.S I was also directed to an article by Dr. Sarah Ballantyne (The Paleo Mom), which is very detailed and comes to much the same conclusion that I did.

P.P.S There was a suggestion that my reference for the risk of hot coffee enemas was inadequate. There are many published case reports that you can peruse at your leisure11-13.