How to Use MCT Oil to Fuel an IRONMAN Triathlon, and, How Endurance Training Affects Carbohydrate Tolerance 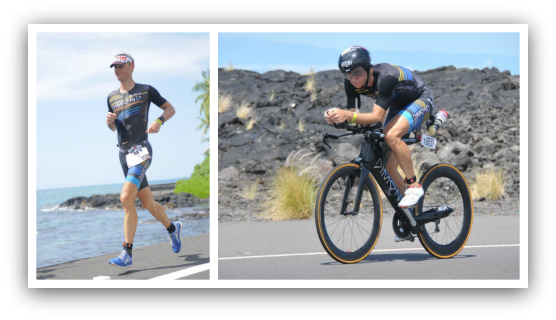 In the endurance athletics community, becoming “fat adapted” is increasingly seen as a useful goal. That’s why we recently wrote “The IRONMAN Guide to Ketosis”. Once fat-adapted, your body is much better at using its own fat stores for energy by metabolising free fatty acids and, to a smaller degree, ketone bodies generated from those fatty acids. However, ingesting some calories during a long training session or race can still be beneficial. But what should you take? Concentrated fat sources can cause GI distress, and large intakes of carbohydrate may suppress lipolysis (i.e. reduce the body’s ability to release fat stores for energy).

Because of those issues, low GI carbohydrate sources (such as UCAN Superstarch) and medium chain triglycerides (MCTs) are both promising tools for the fat-adapted athlete. As a fat source, MCTs are more rapidly absorbed, and the majority are converted to ketone bodies in the liver, which can then be used by exercising muscle, brain, and other tissues [1]. Despite the popularity and benefits of MCT oil, some major drawbacks remain. Even in small doses, MCT oil can cause gastric distress - the last thing an athlete wants during a race. Furthermore, hauling around a bottle of liquid oil is just plain inconvenient.

During our own experiments to try and create an intra-race fuel for fat-adapted athletes, PHAT FIBRE, an MCT oil-based powder, was born. We wanted to create something that could provide intra-race fuel for Chris and other athletes like him, without the fillers and GI distress that many supplements seem to include.

But we didn’t want to make something without knowing whether it works, so we’ve sent it to many of our athletes and friends, and the feedback has been great! We even performed a study on how PF affects blood glucose, insulin, and ketone levels, which has been accepted as a peer-reviewed publication (Journal of Insulin Resistance, In Press).

1) What I am curious about is how you/Tommy might recommend I use PF in a half (~4.5-hours) or full Ironman (~9-hrs).  For example, would I use PF exclusively on the bike and then go to the standard CHO drink on the run?  If I understand the potential for ketones during endurance events, it would seem using such an approach could lead to a lower heart rate during the ride, preserving the central system for the run.  I have my first half in 4-weeks and surely would consider trying an approach like this, or something else you might suggest.

Given sufficient fat adaptation, you could easily use PHAT FIBRE exclusively for race-day nutrition during a half IRONMAN because it does include a small carbohydrate load (see below). However, for some people, an additional slow-digesting carbohydrate source, such as UCAN Superstarch may worth adding to your bottles for the run. 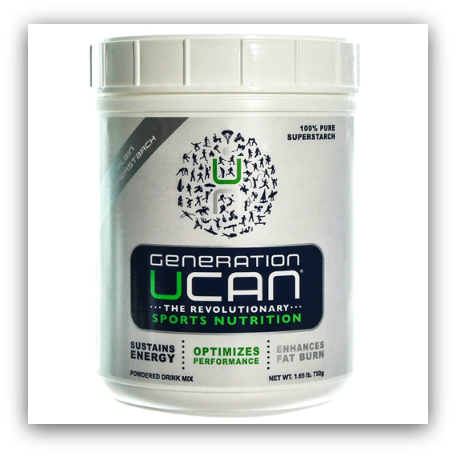 Fat, check. Carbs, Check. But protein is important too! Combining protein and carbohydrate during endurance exercise has been shown to improve protein balance better than carbohydrate alone, suggesting that amino acids are predominantly responsible for this effect [2]. Breakdown of muscle protein stores is increased during prolonged endurance exercise [3], therefore it may behoove the IRONMAN triathlete to take in amino acids during the race. From the bike onwards, supplementing with 5-10 grams of highly bio-available essential amino acids (we recommend Catabolic Blocker) per hour may be helpful. The branched-chain amino acids found in essential amino acids may [4] (or may not [5]) also help combat central fatigue during endurance events. Alternatively, you could use a small quantity of a hydrolysed complete protein powder such as whey or pea to replace isolated amino acids. In general, we’d give the same recommendations for a full IRONMAN. Depending on personal preference, an additional carbohydrate source along with PHAT FIBRE and essential amino acids may be necessary for optimal performance.

The digestion-resistant maltodextrin in PHAT FIBRE was not originally intended to be a significant source of energy. However, it turns out that the maltodextrin is slightly digestible. Importantly, this probably turns out to be a good thing, because a small amount of a low glycemic carbohydrate may work synergistically with the MCT powder to enhance endurance performance. This has been shown to be the case with ketone ester supplementation [6].

There are a few reasons that a fat-adapted athlete would want (or need) a source of carbohydrate during a race or hard training session.

UCAN Superstarch, a popular slow-digesting complex carbohydrate supplement, was actually designed for the athlete who wants to optimize performance without succumbing to the blood sugar swings that result from traditionally fast-acting carbohydrate sports supplements. This kind of slow-digesting carbohydrate allows an athlete to take on fuel to combat the two issues mentioned above while continuing to burn fat during exercise [8, 9]. The carbohydrate used in PHAT FIBRE is most comparable to the hydrothermally processed UCAN Superstarch in both design and efficacy. Whether or not the small amount of low glycemic carbohydrate in PHAT FIBRE is enough to regenerate OAA and maintain sufficient carbohydrate availability will depend on:

a) the intensity and duration of the training session or race, and

b) the athlete’s level of fat adaptation

3) As you may remember, I use UCAN in training & racing -- at least the first half of my longer rides.  It's worked pretty well for me, but I am always looking for improvements.  In particular, UCAN is too expensive.  Tangentially, I had a breakthrough treadmill run one afternoon after drinking a cup of coffee (with coconut milk and a little agave).  I also splurged a bit and had a hearty serving of gluten-free pretzels.  I was trying to piece together how that workout was possible and considered the ingredients of the pretzels -- sodium + corn starch.  So, I thought I would try using standard store-bought organic, non-GMO corn starch in future workouts.  I've used it during a few of my treadmill workouts and it hasn't caused any GI issues, but I have not really appreciated a repeat of the breakthrough workout.  Any thoughts on this idea?

Can non-GMO cornstarch replace UCAN Superstarch? Maybe! The idea is to provide your body with a slow-digesting carbohydrate that will result in a stable blood glucose response. Cornstarch has a moderately high glycemic index and consuming it on its own may spike blood sugar. (However, if combined with a fat source such as PHAT FIBRE the effect on blood sugar might not be as drastic, particularly during exercise.) We’ve considered this idea before, comparing UCAN to pure fructose and waxy maize. The n=1 experiment was started but never finished… If you have any anecdotal experience using cornstarch, please chime in below in the comments section!

4) Related to nutrition and blood sugar, I thought I would share an interesting "experiment" this morning.  My fasted blood sugar levels have been very stable at 84 mg/dL.  I have also noticed on occasion that after a fasted 1-hr run, my blood sugar levels actually rise to near 100.  That's odd isn't it?  Well today, I had a cup of coffee with MCT powder (only) and did a "spirited" 1-hour master swim workout.  Came home and had a bit more coffee.  My blood sugar was 95!  How is that possible?  Then, given the training I have been doing recently, including a BUNCH of fasted workouts, I decided to splurge (again) with some gluten-free french toast with real maple syrup!  Measured at 30-minutes post meal, I was at 97.  What!?  I'm not sure what to make of this sort of response.  It would seem to suggest that my body tolerates quite well a huge GI load, which may be a result of the fasted training.

This is not an unusual phenomenon. For an athlete who is already insulin sensitive, indulging in a post-workout high-carbohydrate meal, such as French toast, should not elicit a large spike in blood glucose. After exercise, the muscles become significantly more insulin sensitive [10, 11]. Acutely, repeated muscle contractions during exercise stimulate translocation of GLUT4 transporters from inside the cell to the plasma membrane of skeletal muscle cells. Insulin has the same effect of increasing glucose uptake into cells via GLUT4 translocation, however, the glucose uptake after a hard workout is insulin independent. (For this reason, the optimal time for those with insulin resistance to consume carbohydrates is after exercise.) While glucose transport into the cell plays a critical role in enhancing glucose uptake during and after exercise, keep in mind that there are many mechanisms at play [12].

After a training session that is of sufficient duration and intensity to deplete carbohydrate stores, muscles are both insulin sensitive and glycogen depleted. This combination creates the perfect scenario for muscles to take up any glucose consumed in the post-workout window like a sponge. Glycogen resynthesis in the muscle can be sped up with the consumption of carbohydrate post-exercise, however, given sufficient time, the muscles will resynthesize glycogen stores even in the absence of carbohydrate [13]. As for the effect of fasted training, there is some evidence to suggest that GLUT4 content and glycogen synthesis is enhanced when exercising in the fasted state [14, 15]. 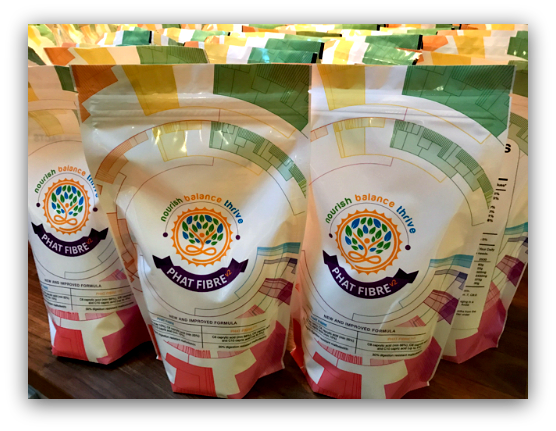 At Nourish Balance Thrive, we’ve worked with many athletes who have benefited greatly from implementing PHAT FIBRE into their fueling regime. Maybe you’re one of the many endurance athletes struggling with your race-day nutrition strategy and have tried all the maltodextrin and MCT oil products on the market only to experience the dreaded disaster pants. If this scenario sounds all too familiar, then check out PHAT FIBRE. Even in large doses, we’ve yet to meet anyone using it who has experienced GI distress. It may just be the key to successfully (and healthfully) fueling your races to achieve peak performance.

If you’ve tried PHAT FIBRE, or have thoughts about how we can make it better, please let us know in the comments below!