It's week two of my creatine and beta-alanine for cyclocross experiment, and I think I'm seeing some decent improvement in my 60-second power after just one week of supplementation.

For an explanation of why I'm doing this, see last week's post.

I've started compiling the results in a spreadsheet. If you're wondering why I did a sixth interval this week, so am I. I finished the fifth and I could have sworn it was the forth and so I did another. Weird, because last week I nearly killed myself doing the last interval. Maybe this is part of the benefit.

One week is not long enough for there to be any training adaptation, but it is long enough for me to make myself tired. Or maybe I was tired last week. I have a way to quantify tiredness using the TrainingPeaks Performance Management Chart so I'll post these here, first from last week: 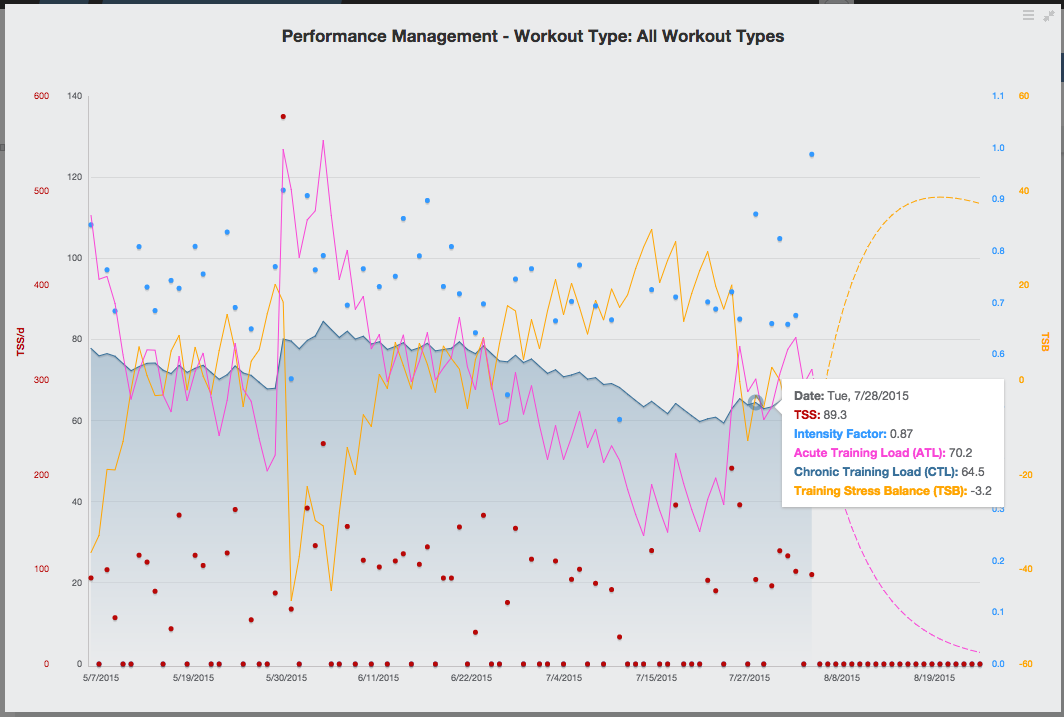 And again from today: 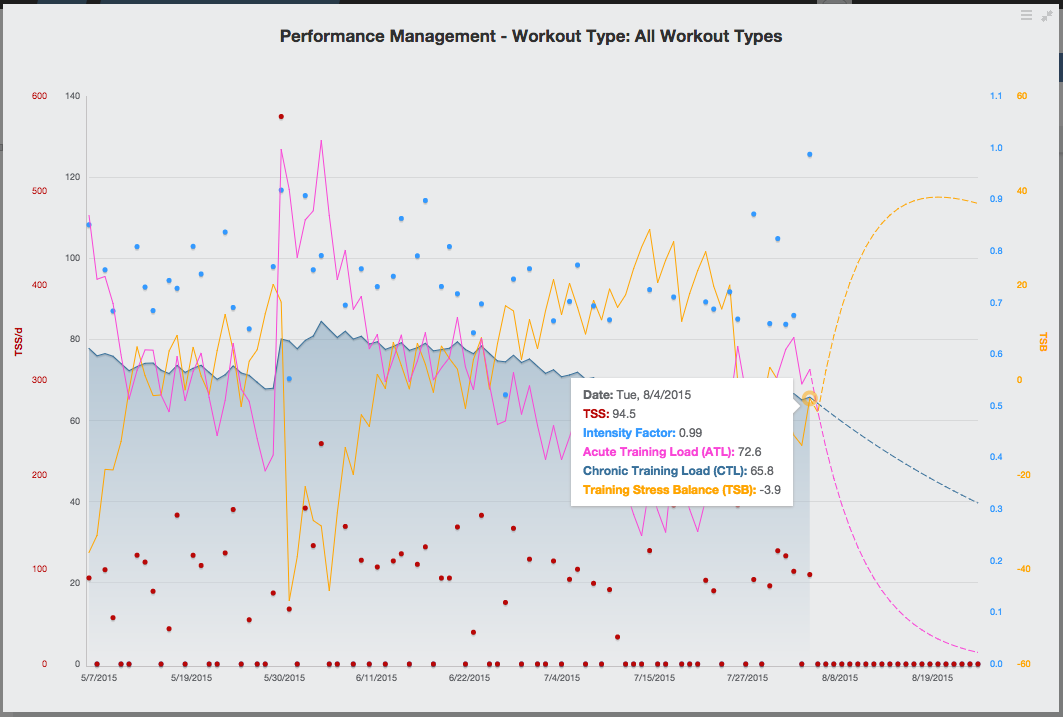 The best way to explain these charts is to let Joe Friel do it here, here and here. Suffice to say that the yellowish line is the one of interest, that shows my form (race readiness). Not much difference between this week and last.

If I wasn't tired last week, then maybe this is a big fat placebo. Even if this is placebo, I'm not sure I care. It's not like the supplements are displacing a more effective therapy. Here's the thing: I don't think it is a placebo because I have never averaged over 500 watts for 60 seconds before, and I just did so five times in a row. Five times! I've been training and racing with a power meter for three years, and in all that time I never averaged 500 watts for 60 seconds. This time includes the period I regularly took 2g of caffeine before the start of a cross race to get myself going (it worked). 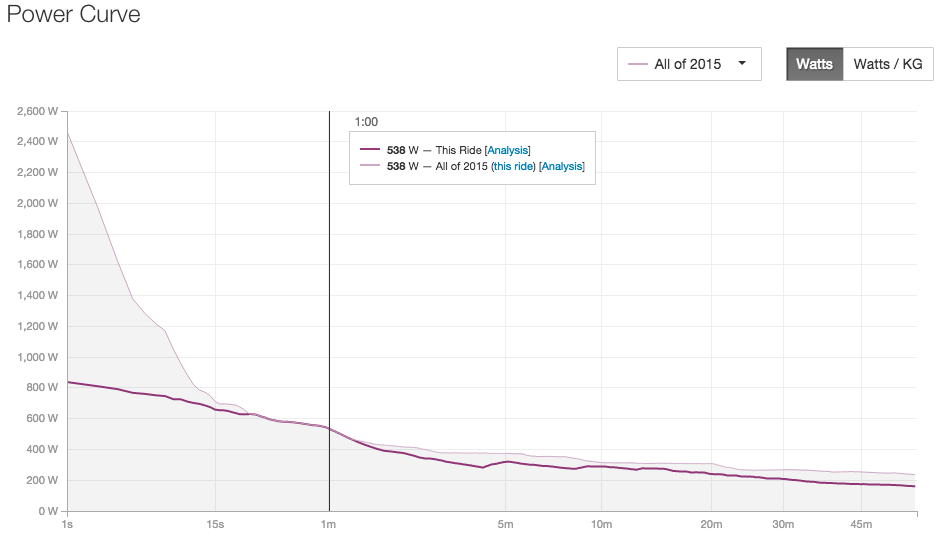 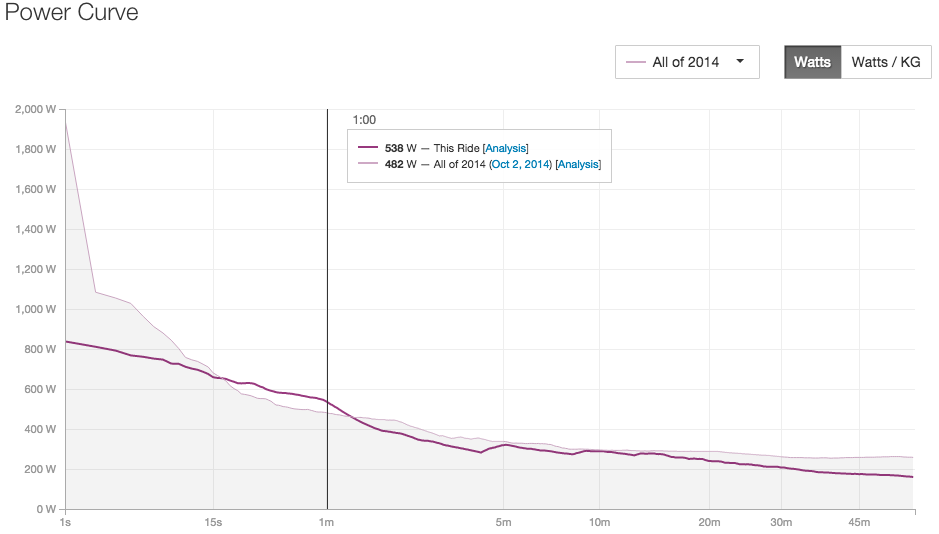 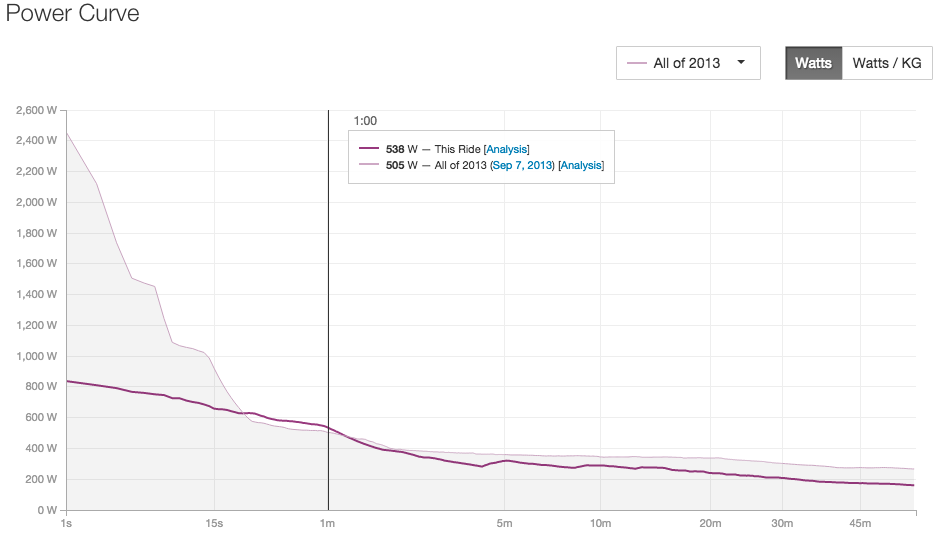 I will resist the temptation to draw any conclusion until I have two more weeks of data.