A Surprisingly Simple Solution for Diabetes 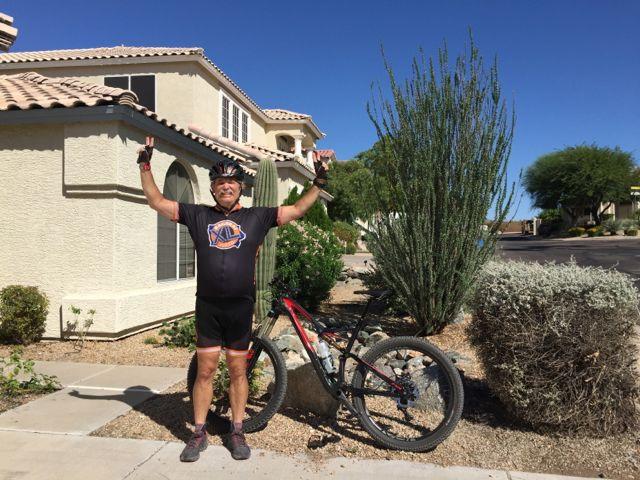 Rex has been active most of his life, more so than most people. At one point he was even a triathlete. But the stresses of life and a very busy career as a lawyer in a financial services company took their toll and his fitness and health began to slip away.

Not even 10 hours a week of exercise was enough to shift Rex's spare tyre of fat, and soon fatigue started to set in. Recovery times lengthened. Rex was not happy.

Like everyone else, Rex assumed the problem was nothing to do with his diet, as he was faithfully following the USDA guidelines to consume a low-fat diet with plenty of "heart healthy" whole grains.

His doctor wrote the prescriptions, gave him the dietary advice, and Rex started down the typical path; a lifelong regimen of daily medication.

Rex wondered: is this it? Do I have to live this way for the rest of my life?

A podcast episode that changed everything

Rex’s interest in triathlons had not faded in spite of his health struggles. He often listened to podcasts about the sport and hoped to be competitive again despite his diagnosis.

On a road trip through the Northwest, Rex and his wife listened to many shows, but one episode of the Zen and the Art of Triathlon podcast made all the difference. In that episode, Rex heard  Dr. Tommy Wood and me discussing triathlete coach and podcast host Brett’s blood test results. 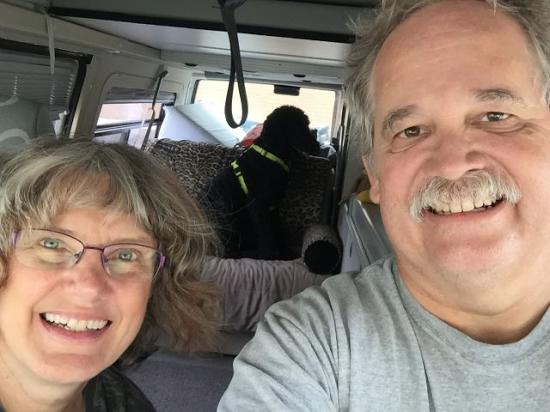 Rex heard me talk about my health struggles and solutions, and was intrigued by the idea of carbohydrate restriction as a way of managing type two diabetes. This sounds complicated, but when you consider that diabetes is a disease of carbohydrate intolerance, restricting carbohydrate becomes an obvious solution.

Rex wondered if he could improve his health in the same way as I had improved mine, and took me up on my offer of a free consultation. The day of our call was the day I published my interview with Professor Tim Noakes, and I was so excited to hear from Rex. Usually, I hear from people that have already made some big changes to their diet and lifestyle. These people experience some improvement but fail to enjoy the full “brochure experience” offered by a Paleo diet and lifestyle. Rex was not one of those people. He was still eating bread, he was still eating sweets, he was still eating fruit and had cravings for sugar.

For the people still struggling despite the Paleo diet and lifestyle I offer testing. For Rex, the solution was far cheaper and simpler: “please, listen to my podcast with Tim Noakes!” If you have diabetes or metabolic syndrome, you have to try a low-carb diet first.

Rex listened to my podcast and decided he was in. Out went the sugars and grains, in came a wide variety of non-starchy vegetables, moderate amounts of high-quality, grass-fed, organic protein, and copious quantities of healthy fats.

Making such a radical change is not easy, and Rex took my food scientist wife Julia up on her offer of nutrition coaching and food diary analysis. Ahead of his support call with Julia, Rex took pictures of the high-fat foods he was now eating. This enabled Julia to make helpful suggestions during their call.

Just 5 weeks later Rex was losing weight and back to the races.

Eating less than 25g of carbohydrate per day, Rex was quickly on the way to the life he’d been dreaming about. At the end of 5 weeks on his new diet, his weight was under 200 pounds for the first time in 15 years, a total of 17.5 pounds lost and 2.5 inches off his waist; a very encouraging start!

Here’s the key: Rex accomplished this amazing turnaround with no fasting, no hunger, no expensive supplements, no weird juicing or other unsustainable tricks.

But he wasn’t finished.

Rex decided it was time to get back into racing. None of us expected good things to happen to his athletic performance in the short term, adapting to a low-carbohydrate diet usually takes time. He competed in the Tempe Sprint Triathlon and took minutes off his best time in all three stages.

Rex also ran in the Grasshopper Bridge 5K. His previous best time in the race was 29 minutes. This time Rex finished in 27 minutes and 22 seconds, and placed 12th out of 30 in his 55-59 year age group.

All he did was switch to a healthy-fat, low carbohydrate diet: a simple and sustainable solution for carbohydrate intolerance (diabetes).

There’s hope for you!

If you have been diagnosed with diabetes or metabolic syndrome, Rex’s story should give you hope. Medication and supplements can be helpful, but you really must try a low-carbohydrate diet first. If this seems intimidating to you, arrange that call with Julia, she’ll show you that it’s only difficult until it’s routine.