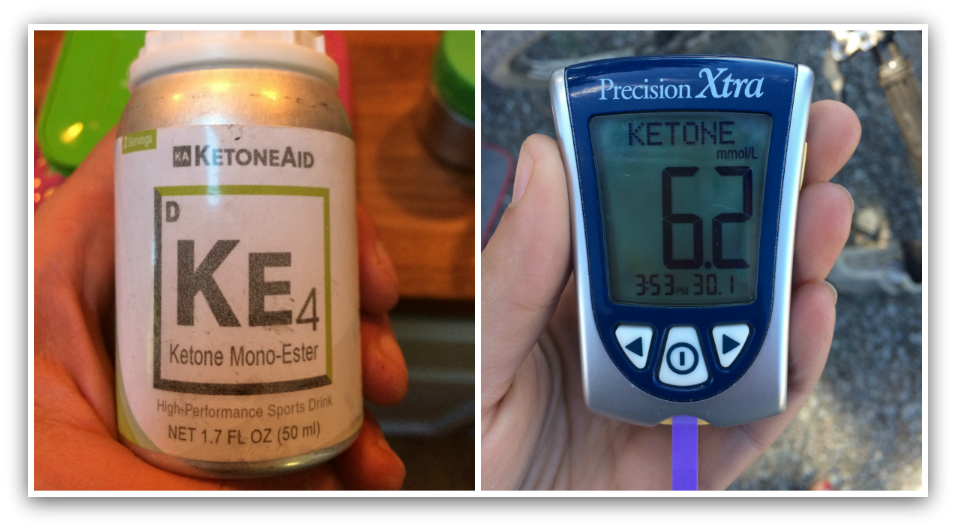 If you watched the Keto Summit, especially my interviews with Prof. Kieran Clarke, Dominic D’Agostino and Patrick Arnold, you’ll agree that exogenous ketones are an exciting area of research and development.

I thought it’d be fun to take the supplement whilst wearing a Dexcom G5 continuous blood glucose monitor and racing cyclocross.

I’ll let my data speak for itself: 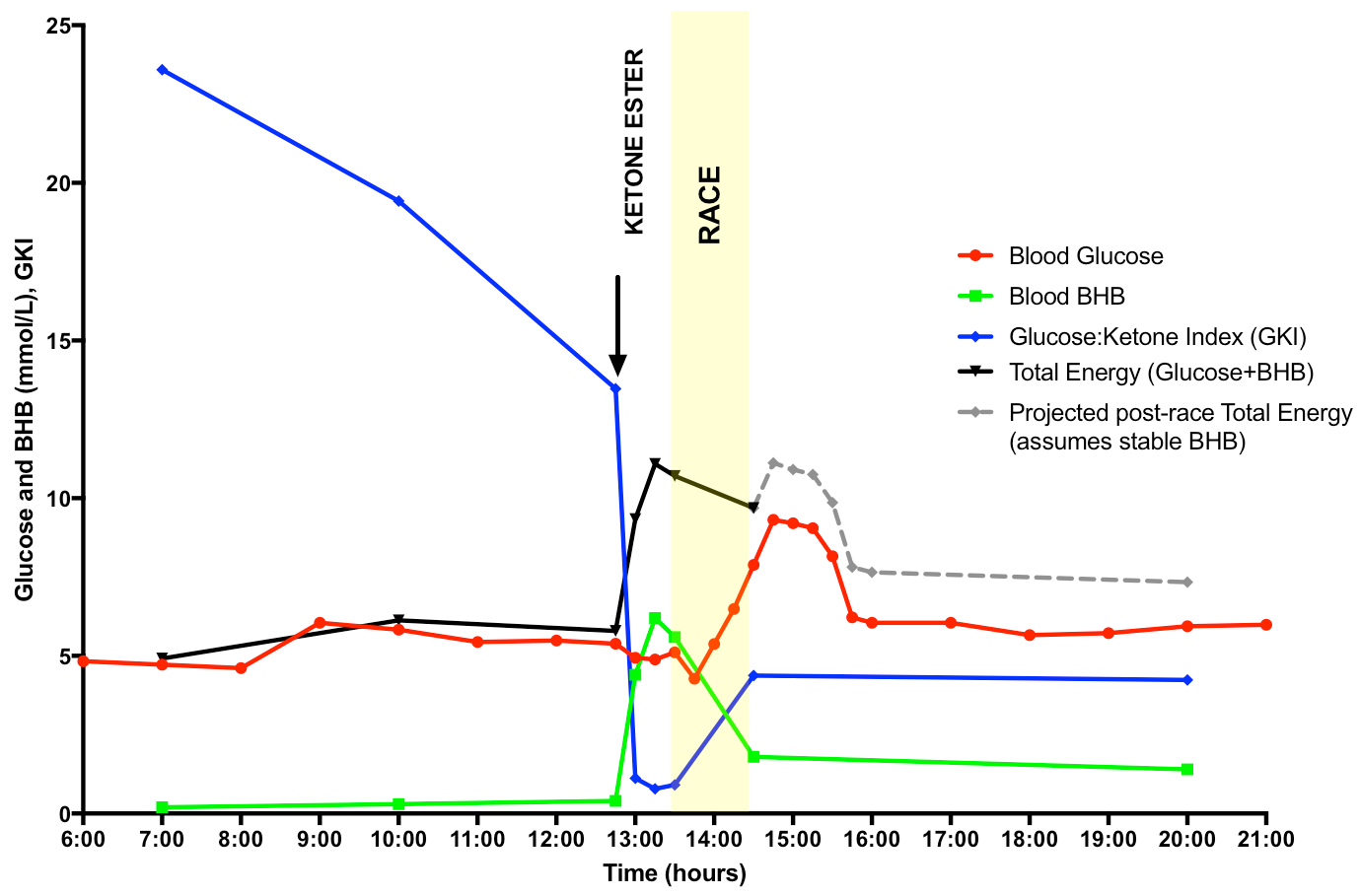 The rumours of the ester tasting like jet fuel are not without merit, and it’s difficult to describe. Oily nail polish remover is the best I can do. I recorded a video of me taking the supplement 45 minutes before the start of the race (commentary by my 3 year old daughter Ivy).

I can’t say this supplement helped me during the race. If anything I think I was hindered, feeling somewhat past the apex of the Yerkes–Dodson curve, I crashed on the first corner and the lead group was never to be seen again. Ever had too much caffeine? Yep, you got it. The studies will show that you can go further in a highly-controlled time trial on a stationary bike in the lab, but if that edge is lost because you’re too wired, then it translates to nothing useful in the real world.

The massive surge of glucose after the race finished is a normal response to racing; I saw exactly the same last week after a very similar race supplemented with KetoForce. A 1mM increase in blood D-BHB is a decent increase for me with ketone salts. The highest I’ve measured my blood D-BHB while using KetoForce is around 1.4, compared to the 6.2 of the KetoneAid esters in this race. Quite a jump.

Do you have questions for Frank? Please leave them in the comments section below and I’ll see about recording a podcast.

At the end of the race, I made 700w for 20 seconds, which as pathetic as that sounds, is as good as it gets for me. To achieve that at the end of a one-hour ‘cross race is not something I’d expect to happen so maybe this is where the benefit lies.