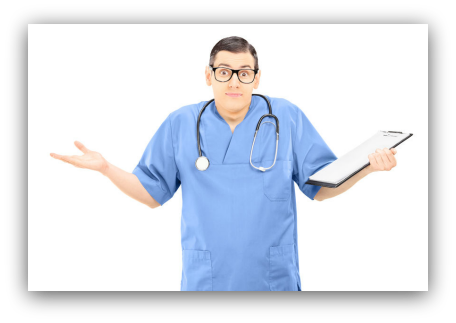 New reports suggest that the public have finally figured out that diet and nutrition “experts” have no idea what they’re talking about. As a result, people are becoming increasingly polarised about what goes in their mouths, and are shouting about it (and at each other) with zeal.

Next door neighbours and fellow househusbands Kevin Eto and Colin Arbo have found themselves on opposite sides of the debate. “My wife lost three pounds when she went low carb.” says Kevin. “Ketogenic diets are the Future. After the kids go to school I spend most of my time shovelling bacon into my mouth and telling anyone that will listen to stop eating bread. Don’t they know that carbs kill?”

Colin disagrees: “People that live to be over 100 eat mainly beans. Saturated fat clogs your arteries and causes heart disease and cancer. I’ll be standing over Kevin’s grave with a kale smoothie in my hand sooner rather than later”.

When asked about research on healthy diets, the two manage to find common ground: “Scientists spend all their time messing around with mice and expecting me to think that their results tell me something useful about how I should eat.” Says Kevin. “Diet experts can’t agree on anything either, so I stick to the sources and people I trust.”

Colin nods. “Just because you wear a white coat and drape a stethoscope around your neck doesn’t mean I should listen to you.” He says. “I try to find articles that I can back-fit to my current world view, and then I promote them on social media as much as possible.”

And if a new article doesn’t agree with what they think? “I usually send it to a guy in my low carb Facebook group so that he can tell me why the study is flawed and I can ignore it.” Says Kevin. “He minored in Biology at college, so I trust his opinion.”
Across the street from Kevin and Colin, another neighbour (who wished to remain anonymous) has taken a more straightforward approach: “I load the Daily Mail and Huffington Post websites every morning to find out what the latest diet is. That’s how I eat for the day. I’m as hungry as I am misinformed.”
When asked for a comment, Professor Dave Cats, former Director of Dietary Hypocrisy at Ivy League University and current President of Americans Conned into a Lifetime of Misery (ACLM) said: “Who cares? It’s all bullsh*t anyway. I’m writing novels now. Under a pseudonym, of course. They’ve been given rave reviews.”
*This article is intended to be satire. Much like your diet, try not to take it too seriously. Mr K Eto and Mr C Arbo are fictional characters. Dr Cats is sadly not quite as fictional as we’d like.
Join the discussion on the NBT forum when you support us on Patreon.