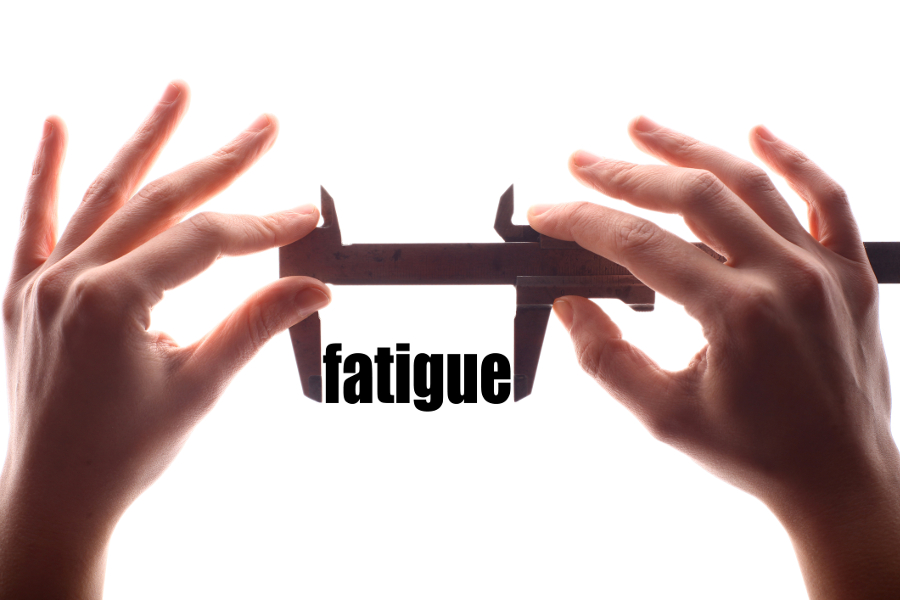 You’re headed into the offseason and ready for a hard-earned break. Hopefully, you’ll notice some changes that indicate a reduction in the stress of racing and training. Some signs to look for:

You go to the doctor. Perhaps the doctor says: "You're tired? I'm tired. Everyone is tired."

Or maybe: "You're still exercising too much, take it easy and you'll be fine."

Often people hear: "You're depressed, take this prescription for Prozac."

You and I both agree these are not the answers you were hoping for. But what is?

This video will give you an idea of the type of investigation that I do:

More often nowadays, people are talking about how a symptom like fatigue might be due to low cortisol, or maybe “adrenal fatigue”? Low thyroid? Low testosterone? Quite possibly, yes. But where do these hormones even come from in the first place? Somewhere buried within an organ, there are specific cells, and those cells secrete that hormone. Like all cells in our body, the cells that make our hormones have basic requirements. Temperature, hydration, the correct pH, as well as optimal nutrient availability and energy production are all crucial. Everything is important, but nothing more so than oxygen. Intuitively we know this; try holding your breath for a minute and you'll see.

The test results shown in this video belong to an Ironman athlete and ultrarunner with a long history of gastrointestinal (GI) problems, including having surgery to remove haemorrhoids (haemorrhoidectomy). A basic blood chemistry showed that he had very low levels of the protein haemoglobin, which transports oxygen in the blood. Haemoglobin delivers oxygen to our cells, where it is used in the mitochondria to accept electrons from NADH and FADH2 generated by the citric acid cycle, to produce ATP. For the most efficient production of ATP (energy) in the cell, delivery of oxygen to the mitochondria is essential. In other words, low haemoglobin results in poor oxygen deliverability, and when your cells don’t get enough oxygen, they have less energy, and you get fatigued.

Beyond the blood chemistry of this athlete, using a urine organic acid test I was able to see the downstream effects of low haemoglobin on the citric acid cycle itself. A cycle is just a biochemical pathway that starts where it ends, and conceptually it's a bit like a traffic circle or roundabout. The citric acid cycle sits in the mitochondria, directing traffic to various pathways involved in the coordination of energy production. The main point of this cycle is to generate the electron donors NADH and FADH2. Insufficient oxygen can act a bit like a red traffic light in the middle of the  roundabout. If oxygen isn’t there to accept electrons from NADH and FADH2, nothing can move forward, and so the traffic backs up. Backed-up traffic is what we see here in the organic acids result, with all of the markers in the “energy production” (many of which are intermediates in the citric acid cycle) section elevated. Additionally, you can also see an accumulation of lactate. You know what lactic acid feels like. Or, more accurately, you probably know what it feels like to get a buildup of protons (acid) during high-intensity exercise, which happens when you’re producing a lot of lactate. High lactate is the result of fast but inefficient energy production that takes place without oxygen, also known as anaerobic glycolysis. It’s great for sprinting, but should not be happening first thing in the morning as you collect a sample of urine to send into the lab.

When I look at results like these, biochemistry makes so much more sense! Mitochondrial energy production is no longer an abstract concept in a textbook, and you can see why it is so crucially important for those looking to feel and perform better.

So now we've identified the major road block, what next?

Back to the blood chemistry. Our ironman is in serious need of some B vitamins. One way we can see this is with the elevated mean corpuscular volume (MCV), which shows that the red blood cells are, on average, larger than expected. Red blood cells are curious in that they eject their nucleus (the control centre of the cell) as they mature from stem cells in in the bone marrow. This maximises the space for haemoglobin, but also means they get smaller as they mature. For this to happen, the nutrients folate (also known as vitamin B9) and B12 are required. If B12 and/or folate is missing, the red blood cells are bigger than expected. From the urine results, I can see that formiminoglutamate is high, which accumulates when folate is low.  Our Ironman also looks deficient in some iron, with a low serum iron and transferrin saturation. The combination of his low haemoglobin and low iron, especially with his history of GI symptoms, suggests he might be losing blood.

Where did the blood go?

It’s possible that blood is getting lost from the gut during extended endurance efforts, and our Ironman is not alone in suffering from GI issues. Depending on the methodology used and the events studied, an estimated 30–90% of distance runners experience intestinal problems related to exercise[1-2]. A study in long-distance triathletes who competed in extreme conditions demonstrated a prevalence of up to 93% for any GI symptom[2].  Another study showed blood in the stool (indicating some kind of gastrointestinal haemorrhage) in 85% of participants in a 161 km ultra-marathon[3].

During strenuous physical activity or exercise, norepinephrine is released from nerve endings as part of the sympathetic nervous system’s “fight or flight” response. On binding to 𝛼-adrenoreceptors in the blood vessels of the gut, norepinephrine makes those blood vessels constrict. This process leads to the redirection (mainly to the muscles and skin) of up to 80% of the gut's blood supply. Prolonged periods of reducing blood supply to the gut can lead to gut damage and bleeding, which is  probably the main mechanism for the emergence of the symptoms.

Though it seems strange that exercise can lead to gut damage, this does make sense. Whenever there is stress, your body stops investing in long-term building projects. Digestion, immune function, making babies, and even the formation of new memories. All of these things are long-term building projects. Think about a zebra being chased by a lion. Does it make sense to send blood to the GI tract to facilitate digestion? No, that blood is needed in the muscles, so that’s where it’s sent. No point in digesting if you’re going to get eaten before the meal is fully absorbed!

I don't know for sure if there is a connection between the GI stress and infection. However, I do know that I see an awful lot of bacterial and or yeast overgrowth, and parasitic infections, on stool test results in athletes. In this case, a GI Pathogen Screen showed an H. pylori infection, something our Ironman will certainly want to deal with, as the bacteria have been shown to be a causative factor in stomach ulcers, which could be another cause of bleeding and loss of iron[4].

In this video and article, I touched on just a snippet of the full investigation that I do for every athlete that feels tired. Even if you don't have any symptoms, we’re seeing improvements in performance just by tweaking someone’s biochemistry, and I think that's a major win. It's both easier and better than training harder! A urine organic acids test is incredibly comprehensive, with results that cover metabolic function, liver function, neurotransmitter turnover, methylation, and bacterial and yeast overgrowth, as well as energy production.

For those who have done some testing or think they need some supplementation. Thorne makes a product called Ferrasorb containing all the essential nutrients for red blood cell production, including vitamins B6 and B12, folate, and iron. As we saw in my previous article, iron is an essential but dangerous nutrient, and I would recommend regular blood testing to monitor progress if you choose to supplement.

Now is the perfect time to test and correct your unique biochemistry. No need to visit the doctor, you can order the tests I used in this article as part of my O2 Boost programme.