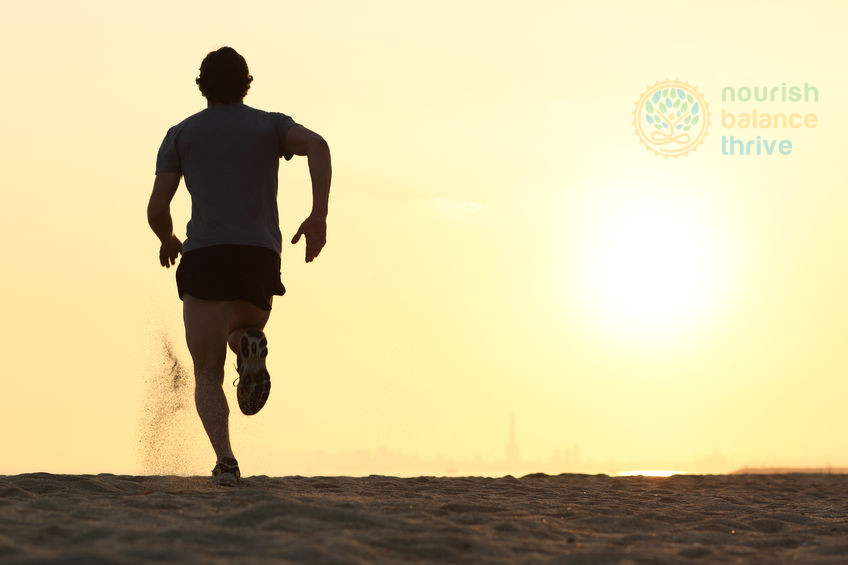 Vitamin D has been a focus of medical research for almost a century. The original paper on vitamin D in the context of medicine was a series of experiments on Rickets called, “An Experimental Demonstration of the Existence of a Vitamin Which Promotes Calcium Deposition”(1). Since that marquee study, scientists have shown that vitamin D has pleotropic effects, regulating the expression of over 900 gene variants (2).

While vitamin D is often thought of in the context of health, a substantial body of research has explored the role of vitamin D on performance in the athletic population. It is well established that vitamin D deficiency occurs in a substantial proportion of the normal population. However, it is generally underappreciated that athletes may be as susceptible, if not more susceptible, to becoming vitamin D deficient when compared to the general population. This is due to the increase in enzymatic activity as a result of exercise (3). In fact, a recent meta-analysis pooling 23 studies involving 2,313 athletes found that 56% of athletes had inadequate vitamin D levels (4). Because of the high prevalence of vitamin D deficiency (5), and its effects on human physiology, it is likely that vitamin D may be an important aspect of physical performance.

Several studies have shown that vitamin D receptors (VDRs) are present in human skeletal muscle tissue (6, 7), indicating that 1,25-dihydroxyvitamin D (the active form of vitamin D) has a direct effect on skeletal muscle activity. Additionally, VDRs are present in cardiac muscle and vascular tissue (7). By increasing the ability to transport and utilize oxygen within the blood to various tissues, vitamin D might influence maximal oxygen uptake (VO2max).

Research on the muscle effects of vitamin D3 (8) is limited to diseased populations (9, 10), or healthy untrained adults (34) so it is important to maintain that perspective when looking at the following data. Interestingly, several associational studies have shown a positive correlation between VO2max (a marker of aerobic capacity) and serum      (the inactive form, which is the best indicator of vitamin D stores) concentration in non-athletes (11,12,13). However, many confounding variables were not addressed, such as concomitant multivitamin and supplement intake, and we need better studies to really pin down whether vitamin D is the causative factor.

Studies performed in athletes are equivocal. One study found that there was a significant linear relationship between 25(OH)D levels and VO2max in 67 Caucasian male professional soccer players (14). Another study done in 39 physically active college students showed that the participants with higher (>35 ng/mL) serum 25(OH)D levels had a significantly higher VO2max (+20 %) than the low (<35 ng/mL) serum 25(OH)D group (15).

Now this begs the following question. Will supplementing with vitamin D improve our aerobic performance? Currently, only one study has looked at the effects of vitamin D supplementation on VO2max. In a single-blinded trial of supplementation with 6000 IU/day of vitamin D3 versus a placebo during an 8-week training cycle in 14 elite lightweight rowers with sufficient 25(OH)D concentrations (>30 ng/mL), fairly substantial increases in both VO2max (12.1 % and 10.3 % in the vitamin D and placebo group, respectively) and 25(OH)D concentrations (400 % or ~120 ng/mL) were seen (16). The authors concluded that supplementation of vitamin D3 during the 8-week training period significantly improved aerobic metabolism in the elite rowers.

Based on the current available data I think it is safe to conclude that low levels of vitamin D are associated with decreased aerobic capacity. If you are vitamin D deficient, it is a smart thing to normalize those levels, and doing so may improve your aerobic performance.

Training is easy, it’s the recovery we struggle with. There’s some preliminary evidence to suggest vitamin D may be helpful for recovery, although much of what will be discussed in the following paragraph is speculation as it extrapolates in vitro (test tube) and rodent studies to humans.

During recovery, vitamin D increases the ability of muscle cells to differentiate, and reduces production of molecules that are known inhibitors of muscle growth (17, 18). In a really interesting study in rats, supplementing with enormous doses of vitamin D (~100,000 IU) improved skeletal muscle regeneration after a muscle injury. Now it is important to note that rodents display regenerative capacities that exceed those of humans, therefore there are limitations in extending the aforementioned findings to humans. However, the finding that vitamin D supplementation enhances the recovery of peak muscle force production shortly after intense exercise was recently supported in much lower doses in humans (19). In that study (a randomized, double-blind, placebo-controlled study), supplementing with 4000 IU/day of vitamin D for 35 days in healthy and moderately active adults improved peak power output after an “exhaustive leg exercise”.

There is also further evidence to support a beneficial effect of vitamin D on force and power production. In biopsied muscle of women given vitamin D after a stroke, vitamin D3 was  shown to increase the force and power output of skeletal muscle tissue (20). In a study examining an 8-week long intervention of either 5000 IU/day of vitamin D3 or a placebo, the vitamin D3 group had a significant increase in serum 25(OH)D levels and a significant improvement in both their 10-m sprint times and vertical jump when compared to the placebo group in 10 professional soccer players (21). Unfortunately, no direct measures of force or power production were performed. Sadly, other studies have shown no significant benefit of vitamin D supplementation in athletes with moderately deficient or adequate levels, indicating that these performance benefits might be limited to individuals with significant vitamin D deficiency.

Currently, there is substantial debate about the optimal dose amongst the medical and scientific communities. For example, The Institute of Medicine (IOM) recommends 400–800 IU/day for children, adults and individuals >70 years of age to maintain serum vitamin D at >50 nmol/L (20 ng/mL) (25, 26). Alternatively, the Endocrine Society (ES) recommends a slightly higher intake, with dosages of 400–1000 IU/day for infants, 600–1000 IU/day for children, and 1500-2000 IU/day for adults in order to maintain adequate serum vitamin D concentrations of 75 nmol/L (30 ng/mL) (27). These recommendations correspond previous publications suggesting that 70 nmol/L (28 ng/mL) is the lowest desirable serum concentration to prevent adverse health effects (28). Other recommendations have suggested optimal levels may be 90-120 nmol/L (36-48 ng/mL) or more (29, 30), based on estimations made from that of levels seen in individuals inhabiting very sunlight-rich environments (31), or have a lower rate of fractures (32).

Clearly, optimal vitamin D dosage and level are controversial in the general population, which makes determining the optimal dose for athletes even more problematic. However, there are some insights we can glean to help us find a starting point. There is mounting evidence to support that low doses (600–800 IU/day) may not be sufficient for optimal levels of vitamin D, especially for athletes in climates where sunlight is low (33). It has been shown that it takes roughly 2000 to 5000 IU/day of vitamin D from all available sources in order to optimize bone health by maintaining serum 25(OH)D levels of 75 to 80 nmol/L (30-32 ng/mL). As stated by a fellow co-author in a recent paper we put together on this very topic, achieving these levels would be nearly impossible from natural UVB exposure during the months of October to April when residing in latitudes of 42.2 to 52° N (34).

Fat soluble vitamins (A,E,D, and K) work synergistically with one another, and we ought to consider supplementation with these when we supplement with vitamin D. Vitamin K, especially, is critical in working with vitamin D to maintain optimal bone composition and prevent calcium deposition in blood vessels (atherosclerosis).

Currently, recommended dosages of vitamin K range from 50 mcg to 1000 mcg (35). These recommendations may be inadequate, especially in the context of high doses of vitamin D, as  vitamin K stores are rapidly depleted without constant supply (the are used for maintaining blooc clotting and are utilized constantly by the body) (36). Like vitamin D, vitamin K also has two variants: K1 and K2. Vitamin K1, the most abundant form found in an individual’s diet, is high in green leafy cruciferous vegetables, fruits, various vegetable oils and beans. However, K1 plays a much more minor role in calcium regulation and bone health compared to Vitamin K2, which is the more bioavailable form of vitamin K. Vitamin K2 is found mostly in animal products and fermented foods such as fish, offal, meat, dairy products, fermented cheese (e.g. blue cheese), and fermented products like natto (fermented soybeans, a Japanese delicacy) (37).

Based on the best evidence we have so far it appears that maintaining optimal levels of vitamin D can help maximize human performance. The key operative word here is “optimal”, as both deficiency (12.5 to 50 nmol/L or 5 to 20 ng/mL) and high levels of vitamin D (>125 nmol/L or >50 ng/mL) can have negative side effects. It is also essential to obtain adequate amounts of other essential nutrients, especially vitamin K2. Based on the cumulative data, 4000-5000 IU/day of vitamin D3 in conjunction with a mixture of 50 mcg/day to 1000 mcg/day of vitamin K1 and K2 seems to be a reasonable starting point for supplementation to improve your vitamin D status.