Back on Track: Maria's Marathon to a Healthier Life

Do you ever feel like you can't summon the energy to do simple tasks, let alone exercise the way you want to? That's how Maria felt when she came to me─worn down, discouraged and out of options.

As a runner dedicated to fitness, Maria knew that something was wrong in her body─she just didn't know what it was. She tried to eat the right foods, and she tried to train. But, her constant feeling of listlessness made it a torturous process. When she was able to run, her body required unusually long recovery periods.

"I thought I had my diet, training, sleep habits and lifestyle all dialed in," she says. "But, it's amazing how a little divergence can throw it all off."

It climaxed when Maria ate some bad shellfish and got food poisoning. After a couple  days of misery, she improved a little, but her body didn't bounce back as it should have. She could barely run or lift weights because she was too fatigued. Because her active lifestyle was important to her, Maria tried to push through until things got better, but they never did. As much as she wanted to run longer stretches and improve her weight-lifting, she didn't feel well enough. She had great goals, but she couldn't get close to them.

Was it just part of ‘getting old’? At 50-years-old, would she be forced to give up her athleticism?

Maria grew more concerned as her hair became dull and started to fall out. She couldn’t sleep. She woke up each morning feeling bloated and uncomfortable. On some days, she would even be late to work because she had trouble getting started with her morning routine. By 10:30 a.m.,  she was wiped out, ready to lay her head on the desk for a snooze.

Where do people go when their bodies play traitor? Usually, they go to a conventional doctor for help. Maria did see her doctor, and he ran some blood work. But, the doctor didn't seem to be getting down to the root causes of Maria's issues.

Fortunately, Maria heard me speak on Ben Greenfield's podcast. What I said about Nourish Balance Thrive and our philosophy of healing resonated deeply with her, so she decided to get in touch with me.

After hearing about Maria’s problems, I suggested some tests, including a saliva hormone panel, urinary organic acids and stool tests. The tests revealed the underlying problems that her doctor did not detect in her blood work.

Maria’s salivary hormone result should have had about 35 points of cortisol per day. She was operating on just 14.5 points. To make matters worse, her DHEA (an anabolic hormone) and progesterone levels were also low.

Why was Maria's cortisol so low? When people come to me, I always ask what their lives have been like during the past several months. Often, they realize that their severe health issues date back to a traumatic event surrounded by additional sources of stress. Maria's inciting event was the food poisoning. Swirling around that central issue were other stressors, like her work situation. A staff member on lengthy leave left her with a heavier workload. Working in college athletics, she operated in a high-stress environment with an emphasis on performance and achievement. She was in charge of important programs, working closely with many staff members and students.

All that work stress coupled with her health struggles, wore her down quickly and lead to her depleted cortisol levels. Her body was under constant stress, with barely enough resources to keep essential systems going. No wonder she felt tired all the time.

Maria's conventional doctor suggested steroids for the cortisol issues, emphasizing that steroids would stimulate her cortisol production and help her regain her energy. Maria said, "No way!" and decided to go for the root cause with my help, rather than just treating the surface symptoms.

The stool test uncovered a nasty bug, the underlying cause of several problems. A parasite called cryptosporidium parvum lived in her body. Its life cycle, about a month long, often fools people into thinking they have found a cure for their health issues. They feel all right for a few weeks, and then they are slammed with the same terrible symptoms they had before. It's very confusing for people who are experimenting with dietary restrictions. Fortunately, in Maria's case, we were able to do the test, find the bug, and prescribe a remedy.

Not everyone notices results immediately upon beginning a specific regimen or protocol. In Maria's case, though, the effect was rapid and dramatic. Within a week of starting her protocol, she began to feel much better. Her sleep became deep and sound, and she woke with plenty of energy for the day. As her body underwent its own healthful detox, her cortisol and hormone levels increased. She no longer needed hours of recovery after a short run. Maria's blood work shows that she is no longer anemic, and her digestion is dramatically improved.

"I didn't know what it was like to not be gassy and bloated in the morning," she says. "Now, I do. And it feels amazing."

Her state of mind has also taken a turn for the better. I helped her regain control of her health and find ways to cope with life's stressors. I told her, "You're not imagining things. It's not just old age. There is a real, identifiable cause for your health problems, and with a little investigation and some simple tweaks, we can fix this."

The functional lab tests allowed me to uncover the root causes of Maria’s symptoms. With the results, I was able to make specific recommendations to improve her digestive health and relieve her suffering in just four steps:

Cutting out certain dietary elements like dairy and gluten is not easy, but Maria is happy with the results. "I do cheat sometimes and have a treat. When I do, I definitely feel it, and not in a good way," she says. "It's just not worth the discomfort."

Others are suffering like Maria, trudging ahead in spite of the pain, listlessness and discomfort they feel. Maybe, you're one of them, but you don't have to suffer. You can get back on track, back to those goals that you abandoned. Take control, because there's no one that cares more about your health than you do. Don't wait till tomorrow. Book an intake today—because you deserve to feel awesome! 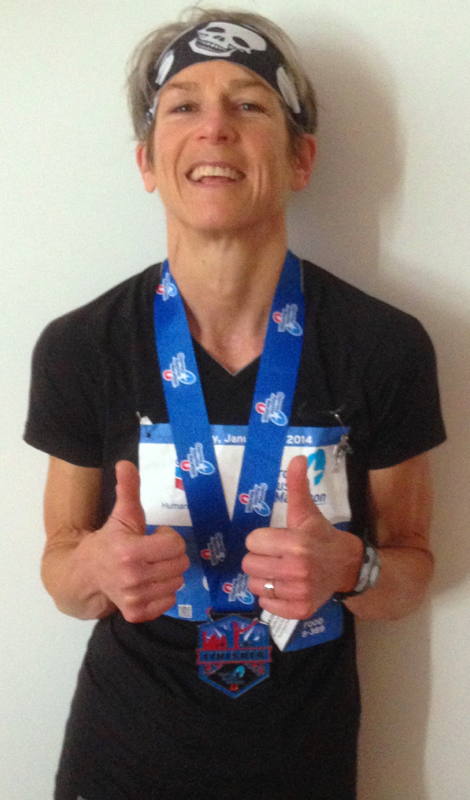