Stepping Off the Scale: Kristin's Race for a Re-Energized Body 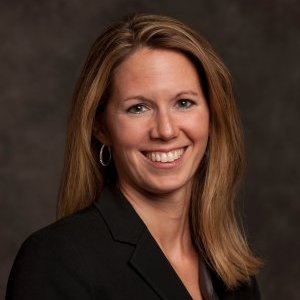 As denizens of the modern world, you and I juggle many responsibilities all at once, every day. Usually we manage to keep our heads above water, but sometimes the amount of stress in life increases sharply, like it did with Kristin MacCarthy. Kristin dates her health struggles to a time when she had just moved to a new house, switched jobs and opened her own business. On top of that, she was training for Ironman races to improve her stamina and strength.

Kristin thought she was doing everything right.

At the time, she thought she was eating a pretty good diet. According to traditional diet recommendations, she avoided fast foods, processed foods and snacks most of the time. She ate grains, like oatmeal and cereals, and she avoided red meat. In fact, she had a "fat phobia," keeping far away from foods with a high fat content. Her protein came from chicken and eggs. Since she had cholesterol issues, she did not eat the egg yolks. It seemed like a wise, reasonable thing to do, but she soon  learned otherwise.

When Kristin hit a roadblock.

Suddenly, Kristin found herself completely drained of energy. She had no motivation to train for her next race. It was even tough for her to take a walk down the street. Once she got up at 4:45 a.m. for a workout, but now, when the alarm went off at 5 a.m., she could barely move. Something was wrong, really wrong.

"I didn't sleep well, so I didn't feel rested," Kristin says." I even signed up for a marathon, thinking that would give me motivation to go out and run, but it didn't work."

Kristin spent long, exhausted days at work. By the evening, she was too tired to go out and do anything with friends and family. She no longer had a social life, and that was devastating.

Within a year, she gained between 15 and 20 pounds. Kristin had been proud of her level of fitness, so this weight gain stressed her out when the numbers began creeping up on the scale.

Kristin was already digging deep for the energy she needed to work, care for her children and exercise, but despite her best efforts, nothing worked. Kristin decided to go to her practitioner to find out once and for all what was wrong...

Her saliva test showed extremely low cortisol levels, along with very low estrogen and progesterone. Kristin's practitioner put her on a few supplements, including DHEA and multivitamins. However, Kristin's diet did not change. Some days, she cut her calories back too far, but on other days, she indulged in carbs.

As Kristin took the supplements, she noticed a tiny increase in energy and a slight improvement in mood. But the real change she was looking for had yet to happen.

Taking the next step towards wellness.

That’s when Kristin contacted me at Nourish Balance Thrive. I did some thorough investigation into her condition and habits. I recommended that Kristin begin  making major dietary changes, as that was the missing piece to the puzzle.

Supplements help you feel and perform better, but they don't correct the root cause. You can't just take supplements and keep doing what you were doing.

What happened after Kristin made changes?

Improved energy. With her new Paleo diet and some additional supplements, Kristin's energy improved enough for her to get back to the training that she loved

No more bloat. Like many of my clients, she used to have that terrible feeling of bloat, water retention and inflammation in her joints after eating. By eliminating certain problem foods from her diet, that extra stress on her body disappeared.

Swapping out breakfast. One food that was especially tough for Kristin to give up was her beloved morning oatmeal. I asked her to start checking her blood glucose daily to see how certain foods affected her, and sure enough, her levels rose after each bowl of oatmeal. Faced with indisputable proof, Kristin swapped out her oatmeal for a dish of eggs and bacon, proteins that gave her fuel for the day. "It works, too," she says. "On some days, I'm not even hungry until after 1 o'clock in the afternoon."

Weight loss. Extra weight is often the last thing to go. A new protocol takes care of the important things first, things like digestion, sleep habits, stress and energy levels. Once the body adjusts to a new diet, supplements and exercise regimen, the fat starts to gradually melt away.

Stopping the weigh ins. Every day, Kristin weighed herself, and she began stressing when the numbers did not drop. This stress led to even more weight gain. When Kristin stopped weighing herself and instead focused on living a healthier lifestyle, her clothes began to fit better.

Clean Calories. One more thing that I recommended to Kristin was UCAN Superstarch. It gives athletes a boost of calories and energy as carbohydrate without causing an undesirable hormonal response. Energy bars and power bars have the calories, but they also carry a lot of added sugar that triggers an excessive release of insulin that blocks the fat-burning process. With UCAN Superstarch, carbohydrate and fat-burning can coexist.

Trying new things. Kristin had trouble with the Superstarch at first. She mixed it incorrectly and used it for the first time during a race, something I would never recommend. Kristin hated the taste and ended up eating a bar during the race instead. After hearing about her first attempt, I suggested that she try new things during a regular day or week, not on a day when she has a strenuous event such as a race.

Today, Kristin feels like a new woman, with more energy than ever. She continues to work on adding variety to her paleo diet, visiting fresh markets and farmers' stands to get seasonal produce. Lower-glycemic fruit like blueberries and other types of berries add sweetness without too much unwanted sugar. Do you want to have enough energy to strengthen your body, excel at work, play with your kids, and have fun? Like Kristin, you can have ample energy for the day. Contact me at Nourish Balance Thrive to discover how you can boost your metabolism, burn fat, and get back your energetic younger self.